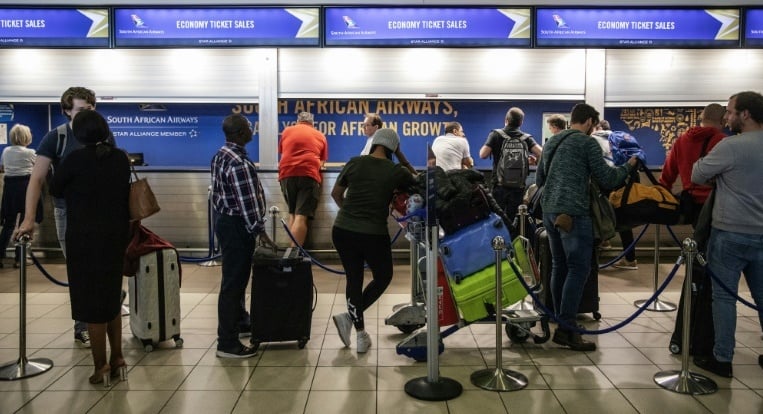 A flurry of nations announced travel bans to and from South Africa after the discovery of the new coronavirus variant Omicron. Photo: AFP

The list of countries is the same as that used by the United States, which announced its ban early today, reports the Bangkok Post.

People already here who recently came from these countries will also be put in 14-day quarantine starting today, he said.

He added that no case of the new variant had been detected in Thailand.

Prime Minister Prayut Chan-o-cha has ordered agencies to step up vigilance against the new variant.

“If there’s any urgent need for the government to adjust control measures against this new variant, I will order agencies to act immediately,” Prayut said in a Facebook post this morning. “We will closely monitor how this new strain will impact Thailand.”