PHUKET: It has been confirmed that the two new cases of COVID-19 infection in Phuket reported yesterday (Mar 21) have been identified as a Thai woman and her son. 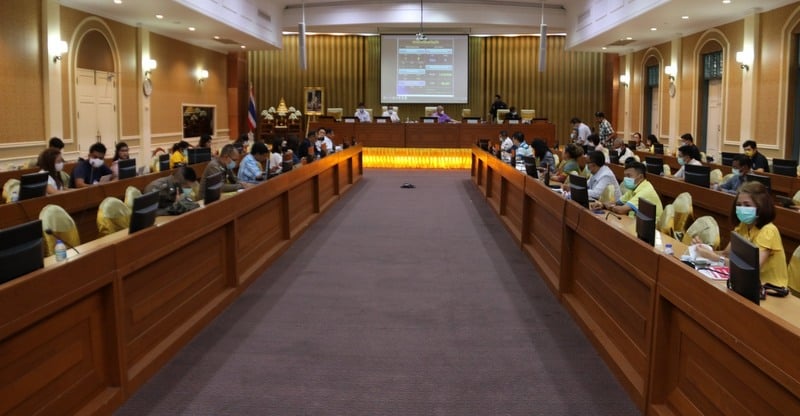 Governor Phakaphong revealed the two new cases are a Thai woman and her 7-year-old son who is half Italian.

He also confirmed that 29 people who had been in close contact them are under ‘observation’ for 14 days.

For the previous five cases, Governor Phakaphong also explained that the first two infected were Chinese tourists from Wuhan who had recovered and already returned home. People who had been in close contact with the two had also been tested and quarantined for 14 days, but none of them were infected.

The Governor also confirmed that the Danish family identified as contracting coronavirus are still in hospital, and that the 32 people who had been in contact with them had been tested and were negative although they are still under quarantine for 14 days.

So far 565 people have been put under observation for possible infection of the virus, while 543 “Persons Under Investigation” (PUI) had been checked and gone home. The remaining 22 are still in hospital under observation. (See story here)

Mr Raywat cited Phuket as a successful example of how to best control and prevent the spread of the virus, as it has been effectively screening people traveling from the epicentre of Wuhan since Jan 5, and been continuously and intensively screening people coming through various ports into the island.

Dr Bancha concluded the meeting by reiterating the health warning that people should avoid crowded places such as markets, department stores, convenience stores, restaurants, and religious places to mitigate the spread of the disease and protect health.