BANGKOK: The Department of Medical Sciences (DMS) yesterday (Dec 90 confirmed three cases of the Omicron COVID-19 variant and was monitoring another possible infection involving a Thai United Nations official recently returned from a mission to the Democratic Republic of Congo. 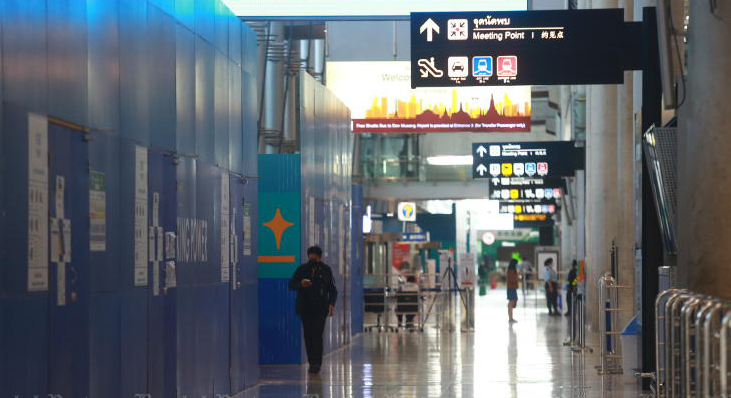 DMS chief, Supakit Sirilak, said the cases were confirmed to be the Omicron variant after the department carried out full genome sequencing of the patients’ samples, reports the Bangkok Post.

They include a sample provided by Thailand’s first Omicron infection case, a 35-year-old American businessman who tested positive after arriving from Spain, as well as those from 46-year-old and 36-year-old Thai women who returned from Nigeria.

Their infections were suspected to be caused by the Omicron variant after initial tests, which was then confirmed by full genomic testing, Dr Supakit said.

He said authorities also will carry out genomic sequencing of the sample provided by the UN official who returned from DR Congo, explaining the sample had only arrived late on Monday evening.

The patient, Dr Supakit said, had completed his vaccination shots with the AstraZeneca vaccine. He is now being treated at a hospital, as he displayed mild COVID-19 symptoms.

“There is a high possibility that he will be Thailand’s fourth confirmed case [of the Omicron variant],” he said.

As more cases of the Omicron variant are expected, authorities are considering doing away with full genomic sequencing to confirm Omicron infections. Dr Supakit said the move will save precious time, which will be needed when the number of cases begins to rise.

He also played down public fears about the new variant, saying that there have been no local infections reported inside the country.

However, he said the main focus right now should be on the illegal movement of migrant workers across the borders, for which extreme caution should be taken to prevent people smuggling.

The DMS will look for five specific mutations to determine if the sample being tested is infected by the Omicron and/or other novel variants, namely HV69-70deletion, K417N, L452R, T478K and N501Y, Dr Supakit said.

“Anyway, as with any strain, universal prevention is still important to prevent infections,” he added.

Since Nov 1, the DMS has subjected 1,641 samples to a full genomic testing - 1,546 local samples and 95 from tourists - to screen for the Omicron variant, all but three have been confirmed to be the Delta variant.

The department is also planning to conduct mass immunity testing, which is expected to happen as soon as possible, the DMS chief said.