TAT plans to relax travel rules, targets cut due to invasion of Ukraine

TAT plans to relax travel rules, targets cut due to invasion of Ukraine

BANGKOK: The Tourism Authority of Thailand (TAT) is preparing a plan to relax travel rules in line with the timeline to declare COVID-19 an endemic disease on July 1. 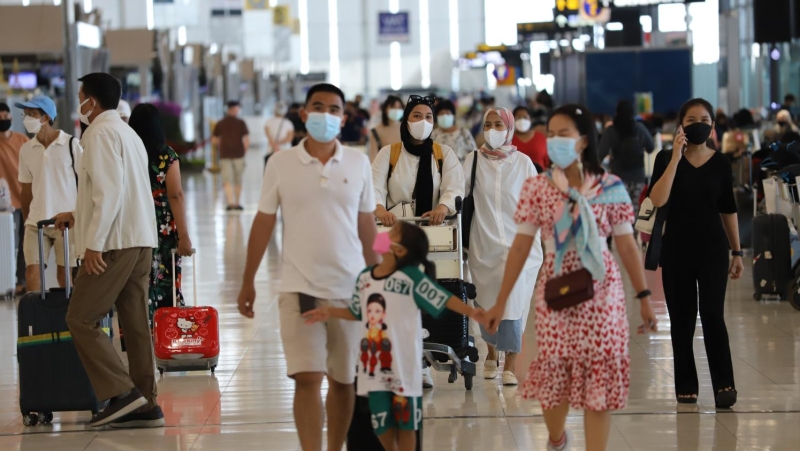 The tourism goals for revenue and arrivals this year might be downgraded because of surging oil prices and inflation caused by Russia’s invasion of Ukraine, said TAT Governor Yuthasak Supasorn, reports the Bangkok Post.

Mr Yuthasak said the plan to label COVID-19 endemic from the second half of the year will lead to further relaxations, including the termination of Thailand Pass, marking a milestone for the industry.

The agency has to start working on new protocols over the next four months, he said.

However, an RT-PCR COVID test result from tourists remains essential for the time being as the country is struggling with an overwhelming daily caseload, said Mr Yuthasak.

Thailand should adopt safety procedures and learn lessons from other countries that have already opened up to ensure the kingdom remains competitive in luring international tourists, he added.

TAT plans to propose further easing of travel regulations at the next Centre for COVID-19 Situation Administration (CCSA) meeting on Mar 18.

Mr Yuthasak said even though July is summer season for the long-haul market like Europe and tourists may prefer intra-regional travel, Thailand can expect more tourism arrivals from short-haul destinations.

Key source markets include India, which has an air travel bubble agreement with Thailand, as well as Southeast Asian countries like Vietnam, which plans to fully reopen from Mar 15. Malaysia agreed to reopen its land border with Thailand on April 1.

The agency wants to closely monitor the Russia-Ukraine conflict as it has triggered soaring oil prices, which directly affect airline costs. The TAT will wait until the end of this month before providing a new tourism forecast for this year, he said.

As Songkran approaches next month, the agency plans to follow the CCSA’s decision on whether to allow the annual water festival to resume for the first time in two years. The 2020 and 2021 celebrations were cancelled due to the pandemic.

If the CCSA approves Songkran celebrations, the TAT will issue marketing plans to strengthen tourism sentiment during the long holiday, said Mr Yuthasak.

The domestic market requires reassessment as local tourists may continue to travel, but for fewer days and with minimal spending because of higher oil prices and inflation.

“Tourism is still a key engine to revive our economy, even though revenue was stymied by negative factors,” he said.