PHUKET: More than 17,000 job vacancies in Phuket are waiting to be filled at more than 1,400 businesses on the island, Phuket Governor Narong Woonciew revealed yesterday (Dec 8). 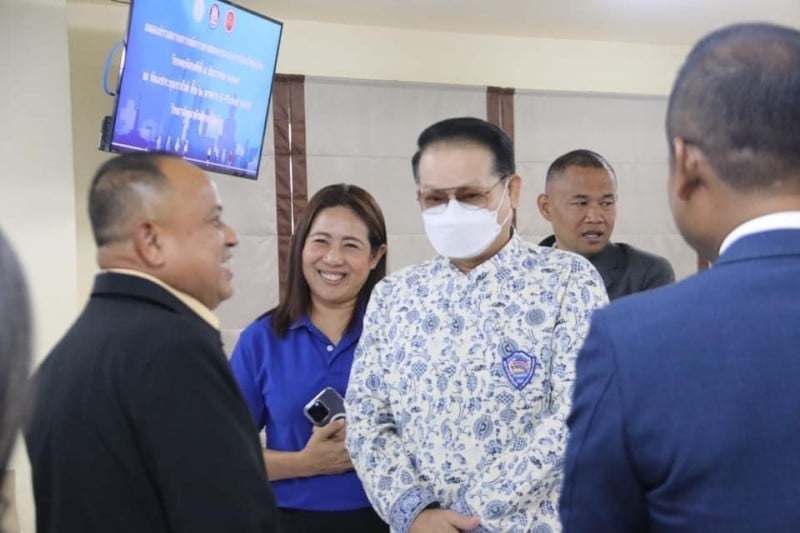 The revelation came at an event to highlight the Department of Employment’s “ไทยมีงานทำ” (“Thais have work”) mobile phone app to help job seekers find employment.

The event, held at the Phuket Vocational College, was chaired by Phuket Governor Narong Woonciew and joined by a host of key tourism, hospitality and business figures, along with leading Phuket employment officials.

Governor Narong pointed out that the recovery by Phuket’s tourism industry had resulted in mass staff shortages throughout the industry.

“Currently, about 8,000 foreign tourists travel through the airport per day, with the number of tourists expected to increase in the last months of 2022 and early 2023. In addition, the proportion of Thai tourists has increased 41.34% compared with 2019,” Governor Narong said.

Dr Krisada Tanskul, an advisor to the Thai Hotels Association Southern Thailand chapter, said the average occupancy rate at local hotels was also on the rise. In October it was 57%, November was 70% and it is expected that December will have an occupancy rate of 75-80%, Dr Krisasda noted.

“As a result, businesses have increased their employment demands. Many places have labour shortage problems, especially businesses in the hotel, tourism and service sector and other related sectors,” Governor Narong noted.

“According to a survey by the Phuket Provincial Employment Office, it was found that there were 1,423 places of employment in Phuket with 17,173 positions available. This includes the wholesale and retail business sector, followed by food and beverage, service personnel, and spa massage therapists,” he explained..

“The problem of labour shortage in the Phuket area is an important problem, and the unemployed need to train for careers that are in demand in Phuket  so that the people of Phuket can have sustainable careers to create stability and wealth for Phuket,” Governor Narong added.

Job seekers were urged to travel to Phuket to work, with the province paying a minimum daily wage rate of B354, the highest in the country alongside Chon Buri and Rayong.

“They will also receive other compensation benefits from work,” Governor Narong said.

Witthaya Ketchu, Director of Phuket Vocational College, pointed out that the college had signed many MoUs (Memorandums of Understanding) with local businesses to take on graduates who had been educated and trained in line with industry needs.

Pichit Sing-Thongkham of the Phuket Provincial Employment Officer urged job seekers to use the “Thais have work” mobile phone app to find employment.

In addition to using the app to find suitable job positions, job seekers could also use the app to apply for training courses to improve their skills and increase employability, Mr Pichit added.