BANGKOK: Former protest leader Suthep Thaugsuban is being tried in the Supreme Court’s Criminal Division for Political Office Holders for alleged irregularities in projects to construct police stations and living accommodation while he was deputy prime minister more than a decade ago. 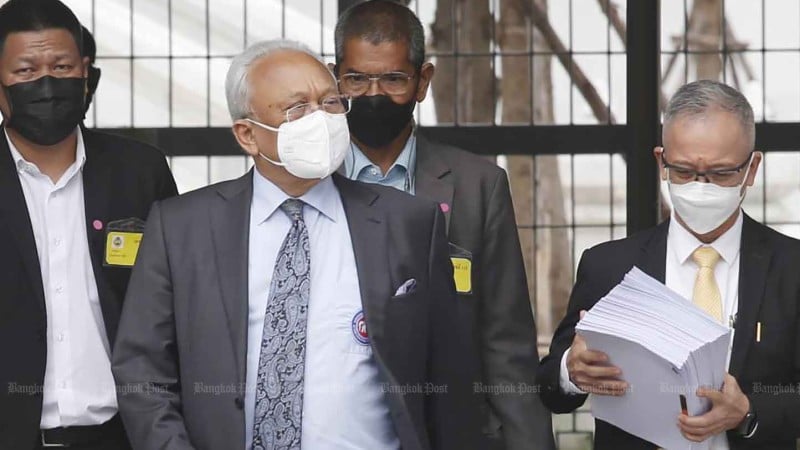 The National Anti-Corruption Commission (NACC) filed the indictment with the court against Mr Suthep on Tuesday (Nov 30), reports the Bangkok Post.

Mr Suthep faces the indictment along with four other individuals and the firm contracted to build the projects while he was serving as deputy prime minister in the Abhisit Vejjajiva administration.

He is accused of combining all the construction projects into one and awarding the contracts to a single contractor who failed to finish.

Two members of the committee which approved the projects were also among those indicted on Tuesday. They allegedly failed to scrutinise the bidding prices submitted by the firm that were deemed to be unusually low.

The court has scheduled the first hearing for Feb 17 next year.

The NACC started working on the case two years ago. The agency extensively reviewed the minutes of the meetings and other documentary evidence.

Mr Suthep was also accused of failing to consult fellow ministers regarding changes to construction contracts after they had been combined. He also granted a private company the right to be sole contractor, instead of splitting contracts among different companies.

The former prime minister is also accused of violating the 1999 anti-price collusion law. One project relates to the construction of 396 police stations, worth B5.84 billion, which was endorsed by Mr Abhisit’s Cabinet.

Many of the police stations were left unfinished when the contractor, being the only firm handling so many construction sites at the same time, allegedly dumped the project.

The NACC also found grounds to allegations relating to the building of 163 blocks of police flats which had been proposed with the police station project. The same firm was also contracted to build the flats which also suffered delays.