Your body consists of 60% water. You can only survive without it for three days. We use it for food, drinking, cooking, bathing, cleaning and washing. Water IS life. We take it for granted in the misguided belief that we will always have enough. Just turn on the tap and it all seems so limitless. But imagine being without it during this global pandemic when we are implored to wash our hands. Such a small thing can mean the difference between life and death. 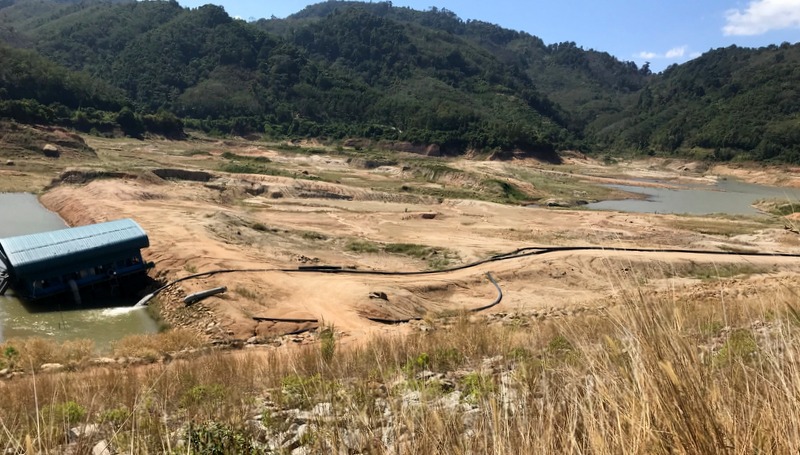 Like the rest of Thailand, Phuket’s water crisis comes from a growing population, increased tourism, urbanisation and a rise in agricultural and industrial usage. Climate change exacerbates the issue by creating longer dry seasons and drier wet seasons.

Human activities are also polluting both surface and groundwater. These come from agricultural runoff, sewage and industrial waste.

According to the Provincial Waterworks Authority (PWA), the island needs 80 million cubic metres of water per year. While the current system only produces 48mn m3 per year, leaving an annual deficit of 32 million. By 2027 that number is projected to rise to 90mn m3 and 103mn m3 by 2032.

The principle proposed solution is to build a water pipeline from Phang Nga to Phuket at the cost of over B3.5bn. The project is expected to begin construction in 2023. However, there are several issues with this plan. The most obvious is that it is exorbitantly expensive and the water shortage could be solved with far less money.

Second, it would be environmentally destructive, disrupting aquatic ecosystems, killing wildlife and creating a large carbon footprint. Third, it would likely create the same contentious water disputes that California and Colorado are embroiled in regarding the rights to the Colorado River. In the long term, a new pipeline is unlikely to solve the problem because as climate change worsens droughts will become more common, which will leave both Phuket and Phang Nga short of water.

The Silicon Valley of Water Technology

Israel is a country of 10mn people, 60% of which is desert. Despite living in an inhospitable environment which receives little rainfall, it has become the leading innovator in water management and is nicknamed the Silicon Valley of water technology.

Since 1952 the country has transformed itself from a parched country to a self-sufficient grower of fruits and vegetables and has enough excess water that it exports it to its neighbours, according to Seth Siegel, author of Let There be Water: Israel’s Solution for a Water-Starved World. All while dealing with one of the fastest-growing populations in the world, droughts from climate change and robust economic growth.

In fact, Israel has become so adept at managing their water scarcity that they are now assisting California, India, Egypt, Jordan and several Sub-Saharan African countries in managing their own crises.

So how did this arid desert country become a leader in water management? Siegel points out that it’s not one thing, but several that the country got right. They started by educating their citizens from a young age about the importance and scarcity of water. They created technology such as drip irrigation, which applies a measured amount of water directly to the roots of the crop, eliminating evaporation and reducing water usage by 40 to 70%.

They removed water subsidies so that each household pays the full price, forcing them to use it sparingly. They installed cutting edge water meters and leak-detection systems to prevent unnecessary water loss. They recycle 87% of their wastewater, making them the world leader. Spain is number two with 20%. Finally, they have the most efficient desalination plants in the world, which provide 80% of their drinking water.

To solve Phuket’s water crisis, we first need to understand that we don’t have a water shortage problem; we have an overconsumption problem. The average Thai uses 220 litres of water per day, while the average Israeli uses 137 litres. In 2018 Cape Town, South Africa came so close to running out of water that citizens were limited to 50 litres per day. If Phuket doesn’t want to be forced to adopt such extreme measures, it needs to learn how to use water more efficiently.

The average Israeli uses almost 40% less water daily than the average Thai, because they are taught “Don’t Waste a Drop” from the time they are 3 or 4 years old. Since they start so young these lessons stay with them for a lifetime. The government also constantly reminds them of the value of water with advertising campaigns that reminds citizens to “Save Water Save Life,” and to “Only Use What You Need.”

Phuket could adopt a similar strategy by teaching children and placing advertisements on billboards and social media about the importance of water. It could encourage businesses and individuals to save water by taking shorter showers, installing low-flow showerheads and grey water recycling systems and only watering their gardens during the evenings or early mornings.

Thailand is the second-largest exporter of rice in the world and uses 70% of its fresh water for agriculture. Rice is one of the most water-intensive crops requiring between 2,500 to 5,000 liters per kilo. It also has one of the highest CO2 footprints because the conventional technique encourages the growth of nitrous oxide or methane-producing bacteria, both of which are powerful greenhouse gases.

To reduce water consumption, rice farmers could apply drip irrigation to their crops. Netafim, an Israeli company does this and uses 70% less water, has increased yields by up to 50%, has reduced methane gas emissions almost to zero, while producing a healthier rice that has 90% less arsenic.

Farmers could also experiment with hydroponics, aquaponics or aeroponics. While these systems are more complicated and expensive, they reduce water consumption by 80 to 90% and instead of using soil uses a nutrient-rich water or mist, which reduces land use.

Since they grow the crops in a greenhouse, it eliminates the need for pesticides or fertilisers, which means there would be no water pollution from runoff.

Since they can build these systems almost anywhere; on rooftops, in buildings, or in shipping containers, farmers can grow the food locally, thus lowering their CO2 footprint, while ensuring food security.

In the coming years climate change and the subsequent droughts and floods will force Phuket to modernise its agricultural system whether it wants to or not.

Conservation and modernising the agricultural systems alone would likely make up for the annual 32mn m3 water deficit. However, if it didn’t, Phuket could increase the number of water catchments on the island and build a wastewater-treatment plant. This facility would cost between B500mn to B1 billion. Not an insignificant amount of money, but far less than the current B3.5bn proposed water pipeline to Phang Nga.

Phuket needs to stop thinking about the water crisis as a single problem with a single solution. Rather, it needs to take a multi-faceted approach that gets to the root cause of the issue, namely the inefficient use of water. Rather than implementing expensive projects that won’t work in the long term, the island should look to Israel for educational and technological innovations to reduce its per capita water footprint.

Not only are these solutions more cost effective, but they will also address other environmental issues such as pesticide and fertilizer pollution, while helping Phuket to prepare for the inevitable challenges that will come from climate change.