A year and a half ago Netflix released the documentary The Game Changers, about injured MMA fighter James Wilks looking for a way to heal his body. What he found was that many professional athletes, including Olympic cyclists, runners, weightlifters and American football players, had all switched to plant-based diets to improve their performance. At the morning market for some Kanom Jeen. 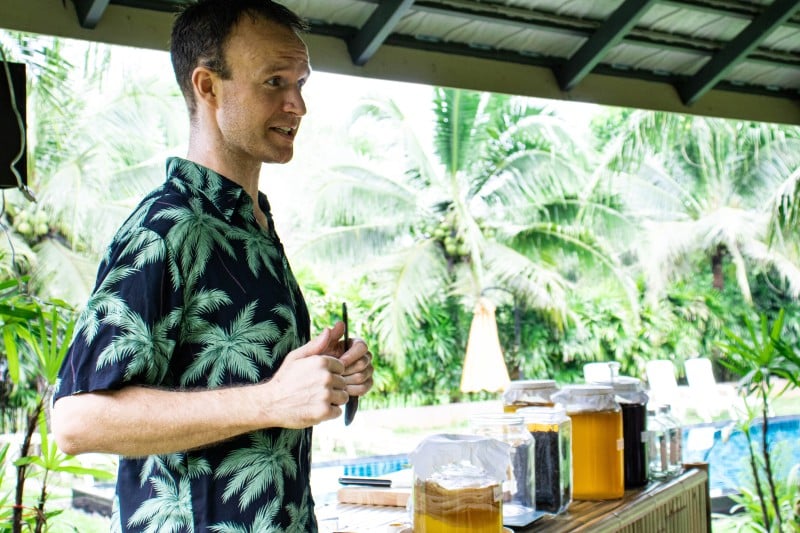 Kanom Jeen from the morning market. 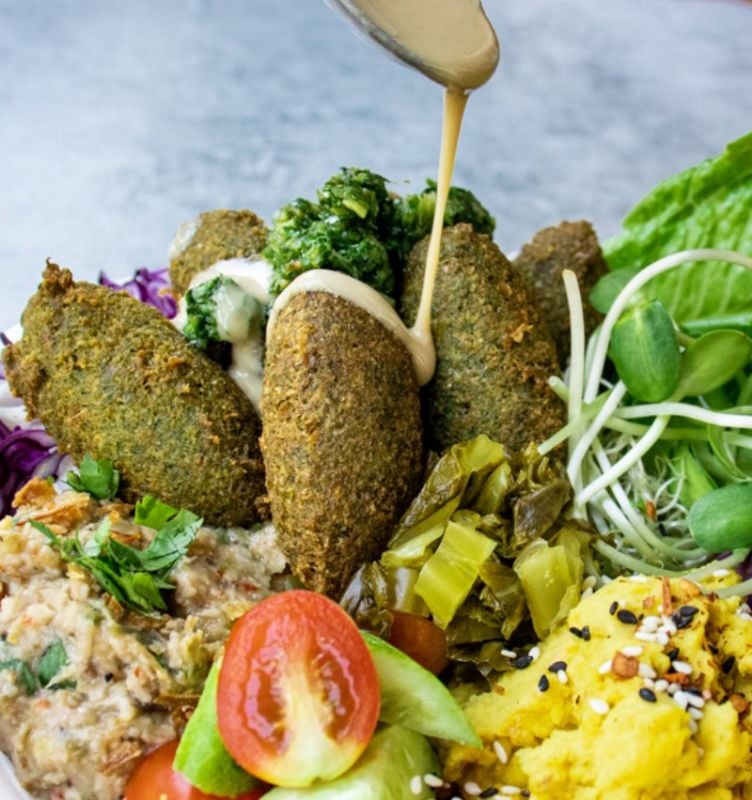 When the documentary was released, it stirred up a lot of emotion and brought the debate against eating animal products into the mainstream, with everyone from Joe Rogan to Arnold Schwarzenegger commenting on whether a plant-based diet is healthy.

Fast forward 18 months, several major fires, a few hurricanes and a global pandemic later and plant-based diets are more popular than ever. By now you know about the health benefits of eating less meat and dairy, but what you may not know is that when done correctly plant-based food can be just as, or even more, delicious than meat-based dishes.

Meet Jamie Raftery, the owner and founder of the Holistic Chef Academy, a website where he shares ideas on how to make plant-based cuisine, healthy, delicious and affordable. Besides several Thai dishes, the site also has American, Indian and European recipes and a food library which contains the nutritional value of various ingredients with instructions on how to integrate them into your cooking.

Trained by famed Michelin Star-winning chef Thomas Keller, Raftery was at one time a butcher, so moving to a strict plant-based diet was initially foreign to him and happened by accident. In his 20s he paid his dues, working 80- to 100-hour weeks at award-winning restaurant The French Laundry, which eventually took its toll.

In 2014, he left California exhausted and started interning with 3 Star Michelin Chef Rasmus Kofoed at Geranium restaurant in Copenhagen, Denmark. While there, he began his foray into a plant-based lifestyle. Kofoed taught Raftery how to take the humblest of ingredients, from seeds and nuts to seaweeds and onions, and elevate them into something sublime and worthy of an award-winning restaurant

After his internship, he came to Thailand in search of new culinary adventures and a healthier lifestyle. During a trip to Chiang Mai, he stopped eating meat in what he thought was a temporary reprieve. What he found was that besides adding yoga, meditation and Muay Thai, eating a plant-based diet became a way of life, that not only made him healthier, but happier, stronger and fitter as well.

Raftery also found inspiration from looking at food in another way. He replaced the meat-heavy French cuisine with plant-based dishes, now that he was cooking for health, rather than awards and accolades.

He also took a job as Director of Culinary Development at Thanyapura, where he regularly consults with visiting elite athletes and weekend warriors on improving their diet for better performance. In addition, he runs workshops, cooking demonstrations and of course cooks for Divine and the Booster Deli and Café, the two restaurants at the sport and health resort. There you can find anything from soups, salads and wraps to pizzas, pastas, burgers and ice creams, which sound anything but healthy, but since they are plant-based, in moderation they actually are.

You probably already know the health benefits of reducing or eliminating meat and dairy from your diet. Done correctly, eating a plant-based diet is scientifically proven to fight heart disease, cancer and diabetes.

However, there are also environmental benefits as well. According to a recent study published by the United Nations Environmental Program (UNEP) our global food system is the main driver for loss of biodiversity and that as the population increases, this will only accelerate, noting that 86% of species are at risk of extinction. The paper states moving to a more plant-based diet that has fewer animal products will help to reduce pressure on forests and other ecosystems. To help Thais transition to a healthier and greener diet, Sinergia Animal created the Thai Challenge 22, where you can get tips and recipes from nutrition experts.