Strong winds down trees in Kamala

Strong winds down trees in Kamala

PHUKET: Strong winds brought down trees and branches in Kamala yesterday (July 12), landing on power cables and people’s houses. No injuries or serious damage were reported. 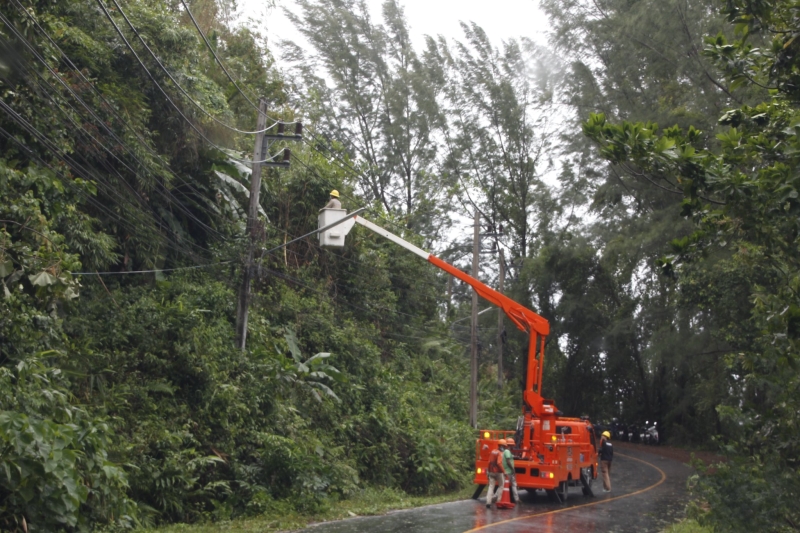 Emergency officers were called to homes near the Lay Seafood restaurant, where a tree had fallen onto the roof of one house and a large branch had fallen onto motorcycles parked outside.

Officers were also called to clear a fallen tree that blocked the road in Soi Police Station and in Naka Village in Moo 6, Kamala, and in Soi Nam Tok, Kathu.

Udomporn Kan, chief of the Phuket Provincial office of the Department of Disaster Prevention and Mitigation (DDPM-Phuket), and Jutha Dumlak, Chief of the Kamala Tambon Administrative Organisation (OrBorTor), both joined the emergency workers clearing the debris to inspect the damage done.

Mr Jutha said that emergency workers had been called to five areas in Kamala where strong winds had brought down trees and large branches which had fallen on to homes and brought down power poles.

Officers had been assigned to assess the damage to the homes and provide assistance to those directly affected, Mr Jutha said, adding that the Phuket Governor had issued a notice expressly ordering officials to care for people affected by the heavy weather in recent days.