Stimulus scheme ‘not a free lunch’

Stimulus scheme ‘not a free lunch’

THAILAND: People must spend between B46,000 and B70,000 each before they can get e-vouchers worth B7,000 under a fresh economic stimulus scheme called “Ying Chai Ying Dai” offered by the government. 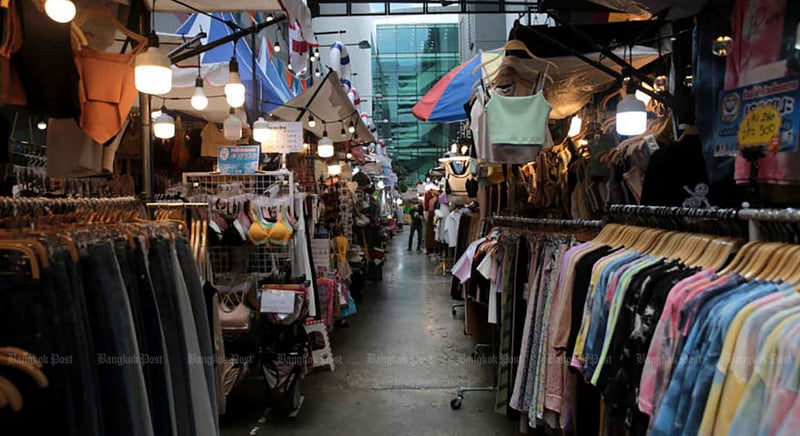 Shopping area in Bangkok’s Pathumwan district is almost deserted last month as many shoppers choose to stay away from public places amid the third wave of COVID-19, which has dealt yet another blow to retailers still struggling as a result of previous outbreaks. Photo: Chanat Katanyu.

According to the government, the scheme is targeting 4 million middle-income and high-income people.

The scheme is “not a free lunch” like the cash handouts offered to low-income people, a government source said.

The “Ying Chai Ying Dai” (the more you spend, the more you get) scheme is part of the government’s B225 billion relief plan announced on Wednesday.

Kulaya Tantitemit, director-general of the Finance Ministry’s Fiscal Policy Office (FPO), said participants in Ying Chai Ying Dai will get 10%-15% of their spending back from the government.

The scheme targets 4 million people who are required to register and spend through the government’s e-wallet.

It is designed to encourage middle-income and high-income groups to spend and inject money into the system.

“Initially the cash-back is between 10%-15% so if people want the full amount of B7,000, they will have to spend tens of thousands of baht,” she said.

The government will expand the “Rao Chana” scheme and “Section 33 Rao Rak Kan” scheme in which the current participants will receive an additional amount of B2,000 each.

Both cash relief packages will inject B85.5bn into the economy and the cash handouts can be spent until the end of June, Ms Kulaya said.

The third phase of the “Khon La Khrueng” co-payment scheme, in which participants will get B3,000 each, is expected to roll out in July, she said, adding that it will be open to 16 million new participants.

Under the co-payment subsidy scheme, the government pays for 50% of food, drink and general item purchases of up to B150 per person per day.

It will be capped at B3,500 per person for a specified duration. The first phase of the scheme started on Oct 23 and ended on Dec 31.

The government allocated B30bn for the first phase, covering 10 million people, with each receiving a B3,000 money transfer.

The second phase, which started on Jan 1 and ended on March 31, covered an additional 5 million people, with the subsidies raised to B3,500 per person. However, she said people must choose between “Ying Chai Ying Dai” and “Khon La Khrueng”.

Together with cash handouts for holders of state welfare cards and vulnerable groups, she said the government will spend 245 billion baht, which will be allocated under the one-trillion baht emergency loan decree.