PHUKET: Vorasit ‘Pla Wan’ Issara, 40, the owner of the upscale Sri Panwa resort at Cape Panwa on Phuket’s east coast was injured when the car he was driving struck a power pole on Sakdidet Rd in Wichit last night (Mar 14). 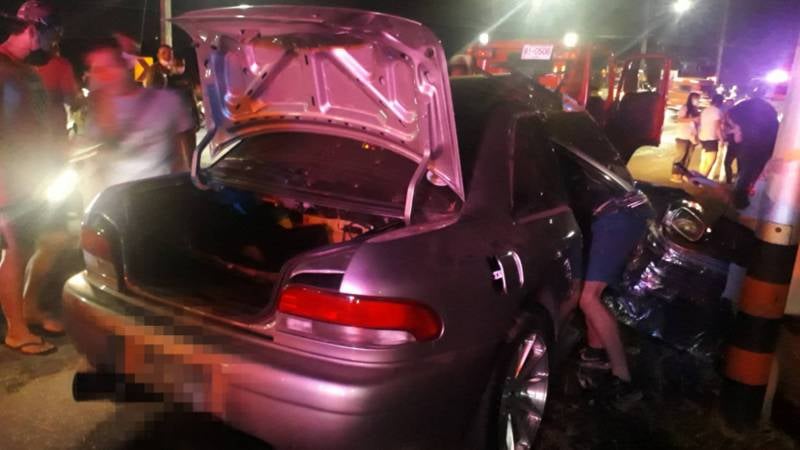 Capt Chatri Chuwichian of the Wichit Police and rescue workers were called to the scene, in front of Ao Nam Bor School, at about 7pm.

Mr Vorasit was trapped in the driver’s seat. Kusoldharm rescue workers were forced to use hydraulic ‘jaws of life’ equipment, and took about one hour to free him from the wreck

The extent of his injuries have not been reported.

Capt Chatri explained that at this stage, police are still investigating the cause of the incident and already had the car taken to Wichit Police Station.

From the initial questioning, Capt Chatri explained that Vorasit was driving up towards Phuket Town when the accident happened.

The accident occurred on a curve, where it is believed that Mr Vorasit lost control of his car, leading to the collision, Capt Chatri said.

Unlike usual procedures in single-vehicle road accidents in Phuket, Capt Chatri made no specific mention of whether or not Mr Vorasit was tested for alcohol or whether CCTV footage from the area would be reviewed to determine whether he was speeding at the time of the accident.