Spikers through to semi-finals

Spikers through to semi-finals

VOLLEYBALL: The Thai women's volleyball team will take on Kazakhstan in the semi-finals of the Asian Olympic qualification event in Nakhon Ratchasima tomorrow (Jan 11). 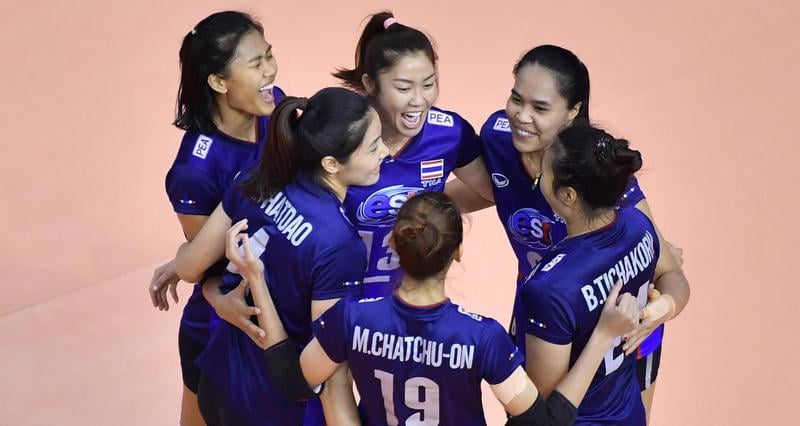 Thailand players celebrate winning a point against Australia during their final Pool A match at Chatchai Hall in Nakhon Ratchasima. Photo: Bangkok Post

Thailand are bidding to make their first ever appearance at the Olympic Games. Only one team from the Asian qualification meet will earn a spot at Tokyo 2020.

South Korea will meet Taiwan in the other semi-final.

Taiwan, who beat Australia on Wednesday, joined Thailand in the last four as pool runners-up while winless Australia bowed out.

“We played better than we did in our first match against Taiwan,” said Wilavan Apinyapong in an on-court interview. “We were off to a slow start against Taiwan and we made sure that didn't happen today.”

Wilavan said the match against Kazakhstan will be tough.

“Several of their [Kazakhstan] players came out of retirement to play in this tournament so they are relying on experience,” said Wilavan.

“We will have to be at our best in the semi-final. We have a day to prepare for the match and we will look into things that we can improve.”

Both teams went into the final pool game on the back of two successive 3-0 wins and it was the Koreans who progressed to the last four with a perfect record.

Kazakhstan posed some serious threat early on but the Koreans managed to stave the challenge.

Japan have qualified for the Olympics as hosts, while Serbia, China, the United States, Brazil, Russia and Italy have booked their Tokyo tickets after winning the intercontinental qualifiers in August last year.