Space Oddity: The world of astrophotography

Space Oddity: The world of astrophotography

Some weeks ago, Phuket was treated to a glorious blood moon. It rose gradually, morphing from burnt, rusty orange into fiery red. 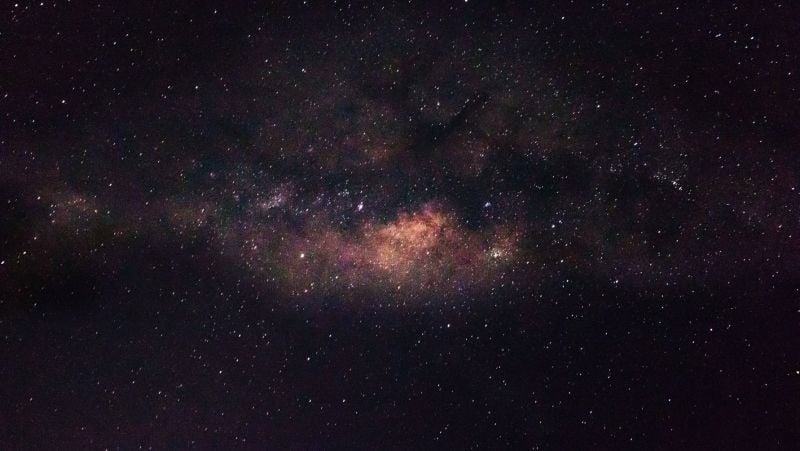 This phenomenon, more common­ly referred to as a lunar eclipse, occurs when the Moon passes directly behind the Earth, block­ing direct sunlight. The sunlight that indirectly makes its way to the lunar surface becomes darker or filtered during this process, bathing the Moon in yellow, orange and red hues. It is certainly a rare and magical sight.

Capturing that magic, however, is no easy feat. While many of us give up the ghost after one blurry photo on our phone cameras, there are some dedi­cated folk who venture to the dark and secluded corners of the world and rise at ungodly hours, expensive kit in tow, to get the perfect celestial snapshot.

One such person is Patrick Brown, a Phuket-based physics and chemistry teacher with a penchant for amateur astropho­tography.

Here he shares his favourite photos (above) taken on our very doorstep with a little backstory and science on each.

“This is my favourite moon picture. I’ve taken a lot but none of them are as striking as this. I headed out to take a photo of the lunar eclipse but realised it wouldn’t be visible as it wasn’t occurring at that time. But by then I was already out with my camera.

I was surprised to get this shot from Phuket Town considering the light pollution. A lot of photography is luck really. Being in the right place at the right time. I was looking for a lunar eclipse but I got this.

The original of this was hazier. When you put it through Photoshop and adjust the contrast, things come out that you didn’t or couldn’t see. The darker areas here are flat areas of lava and the lighter areas are rocks and mountain ranges. You can see me­teorite craters too. Some are billions of years old.

You can’t see the flag on the moon with a camera or telescope. For many years, conspiracy theorists used that to say there was no proof of the moon landings. Now satellites can get close enough to see the flag and even the foot­prints.”

“I got up at about three in the morning and set up on the beach to take this. You can find out when the Milky Way will be the brightest and what time it rises and sets.

You need a place with no light. Koh Yao Noi isn’t ideal as there are still lots of lights on the beach as well as the fishermen’s green lights.

I took this with about a 20 second time exposure and a tripod. It’s a lot brighter than what you see with your eyes.

If you look closely, you can see the stars are slightly blurred because of the rotation of the earth during those 20 seconds. I’ve now got a Polarie star tracker which tracks the movement of the Earth and moves your camera with it. You can do a minute exposure that way and capture more light.

The centre of the galaxy always comes out nice and bright. I’d like to take some more defined photos of it.

The first time I saw the Milky Way was in India. I could see it with my own eyes because it was that bright. I was like Oscar Wilde “in the gutter looking at the stars!”

“I’ve always been into space. At Cub Scouts as a boy, they told us that you could see mountain ranges on the moon through binoculars. I didn’t believe it but I went home and got my dad’s binoculars and they were right. I was amazed by that. I could see craters and I was transfixed.

I was eight years old when they first landed on the Moon. I was amazed by all of that as well.

But I got into photography separate­ly. My dad got me my first camera in 1975. Then I got a telescope but I never connected the camera up to it.

I didn’t start taking astronomi­cal photos that long ago really. The first time I took a photo of the Milky Way was in Indonesia in 2016. I put a camera, just a Sony, on its back on the ground and did a 60 second time ex­posure. I couldn’t believe the photo. It isn’t a basic camera; it has really good, wide aperture, but it isn’t designed for astronomical photography.”

How does Phuket compare to the UK in terms of astrophotography?

“You see the moon from a different an­gle because you’re on a different part of the planet.

Just like the UK, you can get clear­er pictures if you go to somewhere a bit darker. The light pollution isn’t much better in Phuket. You need to go up north, to Khao Lak for example, for the best shots. That’s why I was pleased and surprised to get the moon picture in Phuket Town.”

Patrick doesn’t sell or exhibit his works; this is a hobby, an outlet, un­dertaken for the love of photography and a long-established fascination with space.

“If readers look at my photos in The Phuket News for longer than they look at articles about traffic accidents then I’m on to a winner!”

Another not going to work Q-proposal. Only 3 days in room, next 12 days only in hotel. In the overp...(Read More)

TAT doesn’t “get it.” Sure, some tourists will come with shorter quarantines, but not enough t...(Read More)

Rule number 1- don't annoy a senior cop! Unfortunately if it were an ;ordinary' member of th...(Read More)

OK, the five-year ban is good. The monetary fine of 25,250 Baht seems extremely mild. Not having any...(Read More)

The 'Phuket model' was rejected because it had nothing to do with Phuket beyond being impose...(Read More)

People, read the article before spouting your made-up Antivaxer pseudo-science. All the quarantine m...(Read More)