PHUKET: Rescue workers at Rawai Municipality are urging people to beware snakes around their homes after a king cobra nearly three metres long was safely caught at a local resident’s home yesterday (Oct 2). 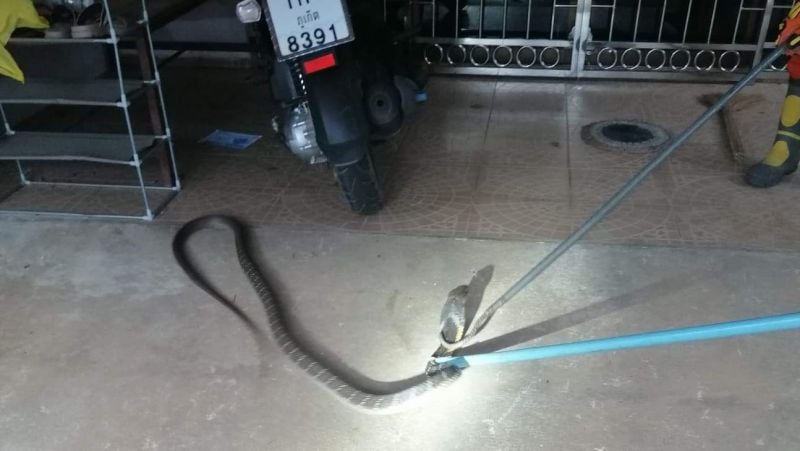 Rescue workers from the Rawai office of the Department of Disaster Prevention and Mitigation (DDPM-Rawai) were called to a in Soi Naya 3, Rawai, yesterday afternoon.

At the home, the rescue team caught the snake out of a bamboo bench outside of the house, where the cobra was last seen hiding, and soon had it safely contained.

The cobra was later released back into the wild, rescue workers confirmed.

One member of the Rawai Municipality Rescue Team who asked not to be named urged people to beware snakes on the move due to heavy rain across the island this weekend.

“If you live in the Rawai area and have a snake near your house, do not approach it and try to catch it yourself,” the rescue worker said.