PHUKET: Rescue workers were called to catch a python measuring some 4.5 metres long near the Heroines Monument this morning, with local residents concerned the snake would start feasting on cats in the neighbourhood. 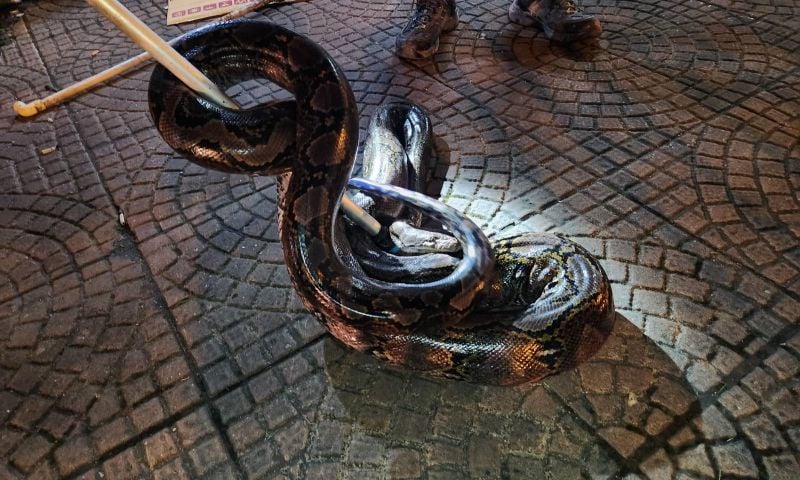 Nuttaphong Kongkim, a rescue worker with the Kusoldharm Foundation, said his team was called to the scene near a convenience store near the Government Savings Bank on the road to Pa Khlok, at 3:30am.

Rescue workers arrived to find the snake slithering behind a chicken and rice stall by the side of the road. Local residents were standing by, keeping an eye where the snake might head next.

Recognising that the snake was a little larger than they usually handled, the rescue workers took their time before moving in with two poles fitted with nooses.

The snake measures some 4.5 metres in length and weighed about 12 kilograms, the rescue workers confirmed.

The snake was bagged and later released at the Khao Phra Thaew non-hunting area in Pa Khlok.

Rescue worker Mr Nuttaphong said the snake was likely on the move following the recent heavy rains flooding many areas across Phuket.

“The local residents were afraid the snake would start eating cats in the neighbourhood. There are a lot of cats in the area,” he said.