PHUKET: A Singaporean man was rescued from drowning at Coral Island on Saturday morning (Sept 28). 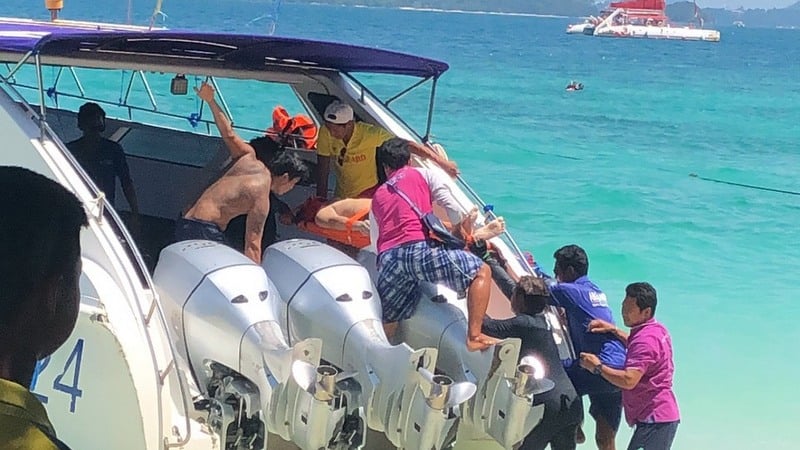 Lt Col Jaruwit Khunjareon of the Chalong Police was notified of the incident at 11:15am.

The 57-year-old man ,Wong Yuen Khuen, was on a day trip to Coral Island provided by Nikorn Marine when he was pulled from the water at about 10am, Lt Col Jaruwit reported.

Unable to determine a pulse, the Nikorn Marine tour guide and a crewmen started administering CPR.

The man was rushed by speedboat back to Phuket, where he was brought ashore at Chalong Pier and rushed to the nearby Accident & Emergency section of the yet-to-open Chalong Hospital.

The man was later taken to Vachira Phuket Hospital in Phuket Town, where at last report he was still recovering from his ordeal.

Lt Col Jaruwit noted that police were continuing their investigation into the incident.