THAILAND: The Justice Ministry is looking to reduce prison overcrowding by implementing a new policy that would allow sick inmates to seek a royal pardon. 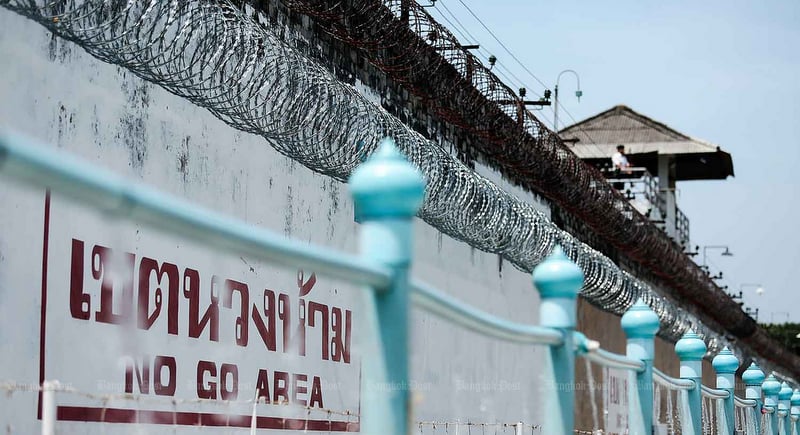 The ministry is also considering seeking the amendment of a law and a regulation to shorten prison terms for drug inmates, Justice Minister Somsak Thepsutin said.

He was speaking at a meeting with the heads of the kingdom’s 143 prisons yesterday (Oct 1). Mr Somsak said that despite early release and jail term suspensions granted to inmates under the royal amnesty programme, prison overcrowding remains a problem.

Mr Somsak explained that in total, 381,815 square metres of space in prisons across the kingdom were made available for inmates, but correctional facilities are still packed.

The total excludes 30,000 sq/m of space reserved for new inmates who must undergo quarantine to prevent COVID-19 transmission.

The minister said up to 70,000 inmates were eligible for parole or sentence reduction after having served at least one-third of their sentence with good behaviour.

He noted the ministry may propose changing a ministerial regulation and related law to reduce jail sentences for drug offenders.

If approved, inmates would receive occupation and skills training. However, these inmates would still be fitted with an ankle monitor upon release, the minister said.

Mr Somsak said another idea to reduce overcrowding is to make inmates suffering from chronic illnesses eligible for a royal pardon. These inmates would be those not eligible for early release or parole, he noted.

In addition, the minister defended prison chiefs criticised over jailbreaks, saying they may not necessarily be at fault.

The issue lies with the strength of prison walls that need to be reinforced, Mr Somsak said.