Weighlifting
By The Phuket News 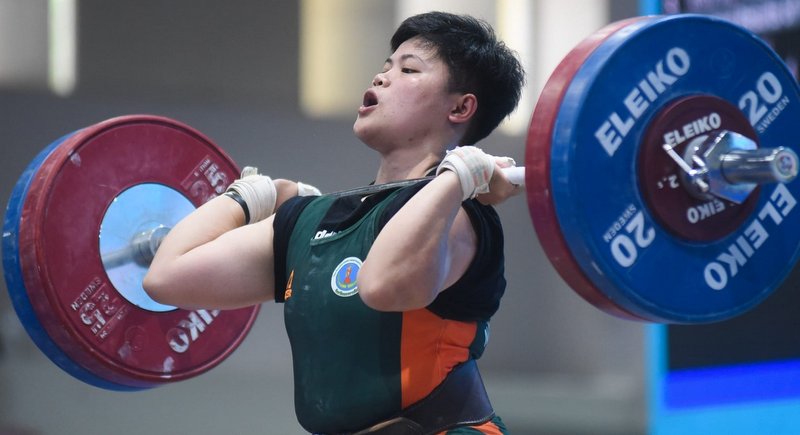 The Electricity Generating Authority of Thailand (EGAT) Youth Weightlifting Championships, 2021 was held between Dec 15-18 at Saphan Hin Sports Center. The competition was organised in conjunction with the Amateur Weightlifting Association of Thailand in honour of His Majesty King Vajiralongkorn (Rama X) and is designed to help select athletes for national representation in the sport.

Team A from Nakhon Sawan Municipal Sports School finished first overall in the male and female classes to win the trophy and weightlifting equipment worth B180,000. The school’s Thitikorn Saetan won all three gold medals in the men’s 89kg category, breaking his own national youth record in the process. His colleague, Chonthicha Sihathap, also excelled in winning three gold medals in the women’s 71kg category.

Chonburi Provincial Sports School and Bangkok Sports School finished second and third and received weightlifting equipment worth B90,000 and B56,000 respectively.

Team A from Bangkok Sports School won the female class overall and Team A from Sisaket Provincial Weightlifting Association won the men’s class.

Athletes will also be selected in due course to progress and represent the national weighlifting team, based on their respective performances and results.

The event was inaugurated by Pichet Panapong, Deputy Governor of Phuket, who presided over the opening and closing ceremonies. He was joined by Saroj Angkanapiban, Mayor of Phuket City, selected officials and athletes from the competition.

Mr Saroj said that Phuket Province was honored to be selected by the Amateur Weightlifting Association of Thailand to host the event which respected COVID-19 health and safety protocol at all times.