Safety zone at Phuket Airport to be implemented

Safety zone at Phuket Airport to be implemented

Phuket: A safety zone around Phuket International Airport where locals and tourists go to take selfies under landing planes will be implemented following a meeting held by officials on Wednesday (Mar 6) amid safety concerns. 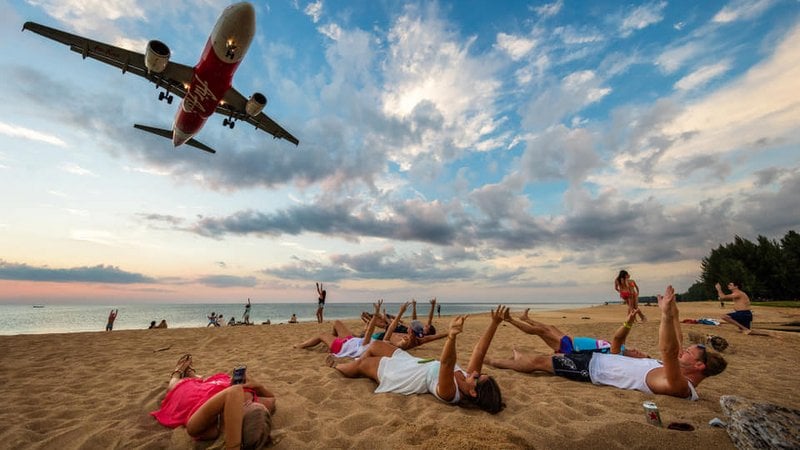 The beach by the Phuket International Airport runway has become very popular among locals and tourists. Photo: Phuket PR An aerial view of the runway and adjacent beach by Phuket International Airport. Photo: Phuket PR A meeting was held at Phuket International Airport to discuss safety concerns over rising beachgoers in the area. Photo: Phuket PR

Phuket Vice Governor Prakob Wongmaneerung presided over a meeting held at Phuket International Airport in which it was decided that a safety zone around the runway would be implemented in due course – an area that has come to be known as “unseen Phuket.”

The attraction was brought to the attention of authorities as its popularity has increased significantly of late.

Mr Wichit said, “Whilst we want to maintain tourism revenue in the area, it is important that we ensure the safety of the planes as well as visitors to the beach.”

“People will be able to take photos from the beach further away from the runway. This way people can enjoy the beach without compromising safety.”

“The relevant departments will work together to establish the exact safety zone soon,” Mr Wichit added.

The meeting also addressed concerns about people flying drones near the airport as well as shining laser pointers at planes.

“Such acts threaten the safety of planes and we call on locals, business owners and tourists not to fly drones or shine laser pointers in the sky within nine kilometres of the airport,” Mr Wichit stressed.

“Anyone caught doing so faces punishments under the Air Navigation Act which carries a maximum sentence of death,” he warned.