Rohingya crisis to be addressed via global virtual conference

Rohingya crisis to be addressed via global virtual conference

WORLD: The United States, the United Kingdom, the European Union, and the United Nations High Commissioner for Refugees will connect the international community together tomorrow (Oct 22) via a virtual conference to address the ongoing Rohingya crisis.

charitydisastersimmigrationSafetyviolence
By The Phuket News 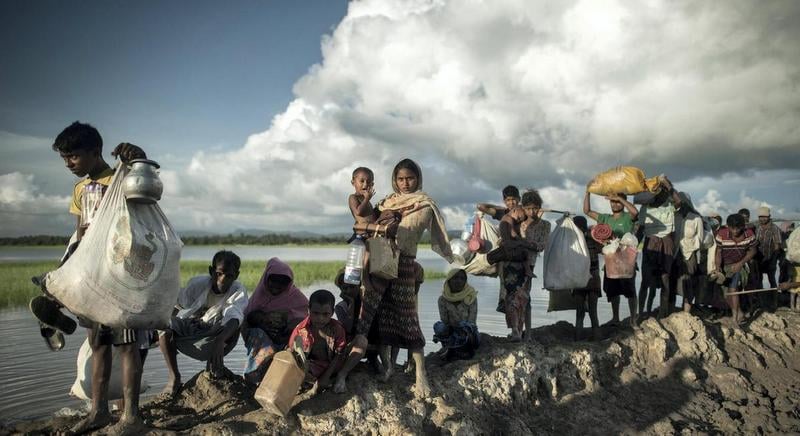 As part of the virtual conference, running from 7pm – 9:30pm Thailand time, countries will be urged to increase assistance for Rohingya refugees, host communities, and internally displaced people in Myanmar, more than three years since the latest phase of the crisis began in August 2017.

The UN has appealed for more than US$1 billion in aid to meet the humanitarian needs of Rohingya refugees in Bangladesh this year, but so far less than half has been contributed. This leaves a significant funding gap, made worse by the COVID-19 pandemic.

The conference aims to raise urgently needed funds to help vulnerable displaced Rohingya living in and outside of their native Myanmar. The funds raised are also expected to support critical services in host communities throughout South and Southeast Asia.

It will also be an opportunity for the co-hosts to reiterate that any sustainable solution to this crisis must include the voluntary, safe, dignified, and sustainable return of Rohingya refugees and other displaced people to their homes or to a place of their choosing.

In this respect, the co-hosts will repeat the Secretary General’s call for a global ceasefire and the cessation of fighting to enable safe and unimpeded humanitarian access to all communities in need of assistance.

“The United States is proud to stand with the UK, the EU, and the UN High Commissioner for Refugees as partners in leading this call to sustain the international crisis response to assist Rohingya refugees and other displaced people, as well as strengthen investment in affected host communities,” commented Stephen E. Biegun, U.S. Deputy Secretary of State.

“As the world’s most generous donor, we are a catalyst for the international humanitarian response and call on others to contribute to this cause - both longstanding partners as well as new and aspiring donors,” he added.

The UK’s Foreign Secretary Dominic Raab said: “The Rohingya people have faced horrific brutality and were forced to flee their homes in the worst circumstances imaginable. We have taken action against the architects of this systemic violence, including through sanctions and we will continue to hold those responsible to account.

“The UK has also been a leading donor since 2017 to alleviate humanitarian suffering of the Rohingya. The world must wake up to the severity of their plight and come together now to save lives.”

“The Rohingya refugees have the continued full support from the EU at this critical time,” added Janez Lenarčič, European Commissioner for Crisis Management.

“Humanitarian partner organisations on the ground and host communities have responded with true solidarity to the plight of the Rohingya refugees. We are committed to step up our support to pledge further humanitarian, development and stabilisation assistance. The international community must strengthen its shared efforts towards reaching a sustainable solution - one that cultivates conditions for voluntary, safe and dignified return of Rohingya refugees.”

“Refugees, like everyone else, have a right to a life of dignity and the chance to build a safe and stable future.”

Since the latest displacement of Rohingya during the exodus from Myanmar in August 2017, the overwhelming majority have been hosted in camps in Bangladesh. There are currently 860,000 Rohingya in camps in Cox’s Bazar, the world’s largest refugee settlement, while other countries in the region host up to an additional 150,000 Rohingya refugees. An estimated 600,000 live in Myanmar’s Rakhine State.

Across South and Southeast Asia, many displaced Rohingya continue to live a life on the margins with no access to basic healthcare, clean drinking water, a reliable food supply, or meaningful work and educational opportunities. The COVID-19 pandemic has worsened living conditions, made access to services even more challenging, increased the risk of sexual and gender-based violence, and exacerbated the risk of infectious diseases for displaced Rohingya living in crowded camps, such as those in Cox’s Bazar and in Rakhine State.

“Another scenario that happened in the past was that the journey from Rakhine State to Malaysia is too long, so these people are treated as merchandise,” said Sunai Phasuk, Senior Asia Researcher for Human Rights Watch.

“So, traffickers won’t want to risk wasting them in on rough seas. Halfway between Rakhine State of Burma Myanmar and Malaysia, you have Thailand which is a transit point.

“From the big ship, they will be divided into smaller boats and carried to Thailand. When they arrive on the shore of Thailand, they are divided further into smaller groups and transported by land, across the border from Thailand to Malaysia. At each of this transit, the Rohingya are demanded to make further and further payment, otherwise they could be killed or thrown overboard. The traffickers sometimes threaten to go after the rest of the families of those who remain behind, who stay behind,” added Mr Phasuk.

“As they reach the final transit point, that is, the border between Thailand and Malaysia, they are often locked up in camps. These camps are considered modern-day slavery surrounded by armed guards. The Rohingya are not allowed to leave the camps. They have not received sufficient food, no medical treatment whatsoever. Sexual violence is very common. Women and girls have been taken out, often to be raped by traffickers and security guards in the camp. The male Rohingya are often harassed and roughed up to extort their money.

“For those who fail to make the final payment, they wouldn’t be allowed to cross the border into Malaysia. That explains why we found many graves, some of them can be considered as mass graves, on the border between Thailand and Malaysia, where the camps that Rohingya are locked up are located,” he concluded.

Funds raised at the conference will go to international organizations and non-governmental organizations working to alleviate the crisis on the ground in Myanmar, throughout the region, and as specified by the UN-led Joint Response Plan (JRP) in Bangladesh.