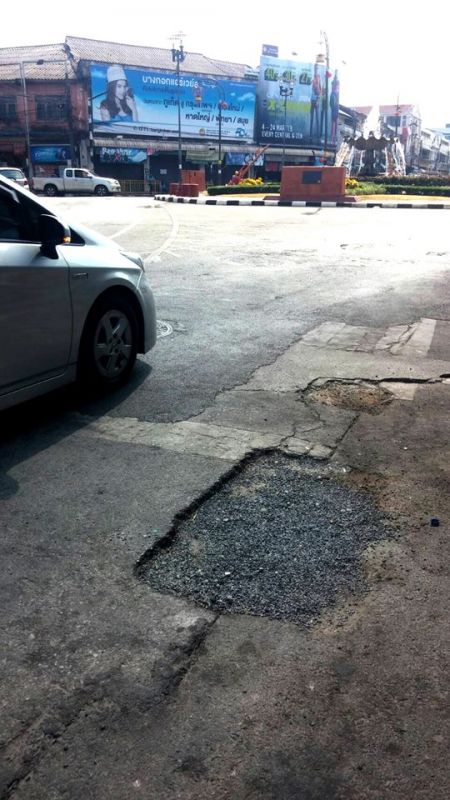 The repairs are being made after photos were posted online by Phuket Town resident Thawat Chaisalee showing large tracts of dangerously unsurfaced road. (See story here.)

The roads will not be closed but should be avoided as there will be obstructions causing traffic, the Facebook announcement read.

In its announcement, Phuket City Municipality apologised for the inconvenience caused.