Ricciardo looking to recapture his old magic at McLaren

Ricciardo looking to recapture his old magic at McLaren

FORMULA ONE: The pressure is ramping up on Daniel Ricciardo after two tough races in Spain and Monaco, and time’s running out to make his McLaren career a success. 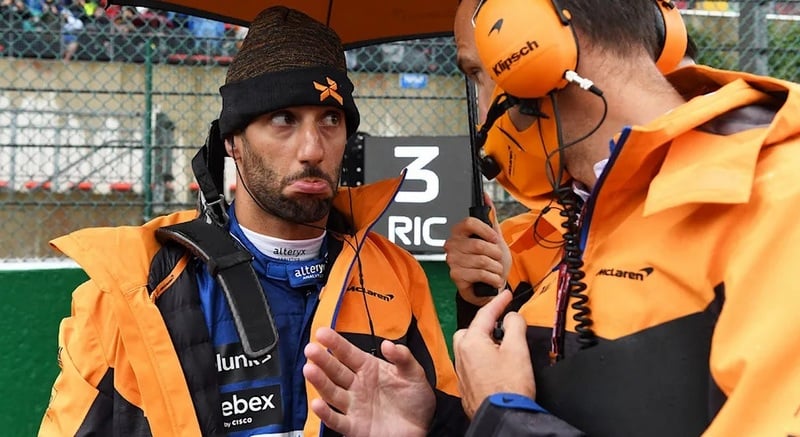 Ricciardo’s had few lower points in his career than this.

The veteran Aussie is into his second season of a McLaren tenure designed to bring him to within touching distance of his first championship. Instead it’s put him only several steps backwards and at risk of a premature exit from the sport with his potential unfulfilled.

His results paint a grim picture.

Ricciardo is 11th in the standings on just 11 points. Teammate Lando Norris sits sixth with 48 points.

Ricciardo has scored on Sunday just once. Norris has failed to score only once when he’s made it to the end of the race.

But the last two races, in Spain and Monaco, embellish the Australian’s woes. Despite qualifying in the top 10 and ahead of Norris in Barcelona, he was dramatically off the pace on the Sunday, slipping to 12th and a lap down on his teammate. In Monte Carlo he qualified and finished out of the points while Norris took home sixth.

It wasn’t a humbling result so much as it was painfully reminiscent of his 2021 nadir.

That Ricciardo had difficulty adjusting to last year’s McLaren is well understood, and his problems were at their worst in Monaco, where he was lapped by Norris around streets he’d previously dominated.

It took him until the midseason break to turn things around, after which he won the Italian Grand Prix and went on to outscore Norris in the final 10 rounds, albeit without ever getting on terms with the Briton on single-lap pace.

But this season with its all-new cars was supposed to be different, and his early campaign suggested he’d put last year’s trauma behind him.

Following Bahrain, where the team had the slowest car, Ricciardo was roughly on Norris’s pace in Saudi Arabia, where he was ahead before a car failure; in Australia, where they finished line astern; and in Imola, where they started alongside each other but a first-lap crash left him out of points contention. A starter motor problem in Miami qualifying the left him 14th on the grid and unable to make progress.

So the qualitative assessment shows things to be far from as bad as the points tally suggests. And yet the pressure continues to ratchet only higher off the back of his Spain and Monaco woes.

“Short of [Ricciardo’s victory at] Monza and a few races, it’s generally not met his or our expectations,” McLaren CEO Zak Brown said in May in an unusual intervention.

Ricciardo has a three-year deal taking him to the end of next season, and reportedly the exit clauses all rest on his side of the bargain - a sign of just how highly rated he was when he signed during 2020 - but even the Australian has equivocated about his future, suggesting there are still talks to be had some time this year about his McLaren tenure.

In Monaco he cut a thoroughly dejected figure and admitted to finding his lack of pace “confusing” - an alarming confession nearly 18 months into his career switch.

He insists he still believes in his own abilities - that his recovery last season supports the fact he hasn’t forgotten how drive quickly - but one can’t help but wonder whether he’s beginning to doubt whether he’ll ever click with McLaren.

And while the team says it’s going out of its way to help the Australian get comfortable with the way the car handles, realistically it will have limited incentive to reimagine the car when Lando Norris, one of the new generation’s elite drivers, is squeezing performance form it with relative ease.

But Ricciardo’s proven he can find a way to work with the peculiar McLaren car, and while F1 is sometimes guilty of having a short memory, it wasn’t that long ago he seemed to be on top of his problems with his machinery.

A strong performance at this weekend’s Azerbaijan Grand Prix, where he’s won before, could reset the narrative, and you get the sense few would begrudge the popular Australian his chances to recapture his old formidable form.