PHUKET: The Election Commission of Thailand (ECT) has dismissed the complaint filed against Rewat Areerob and confirmed him to be the new president of the Phuket Provincial Administration Organisation (PPAO, or OrBorJor). 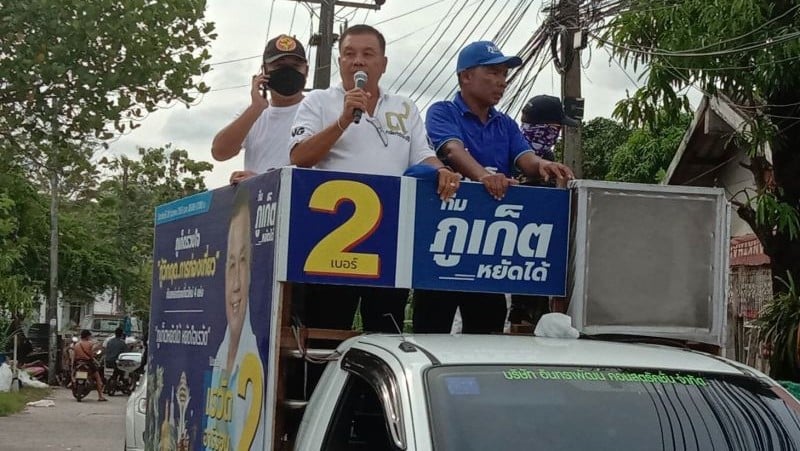 Rewat Areerob has been confirmed by the ECT to be the new president of the Phuket Provincial Administration Organisation (PPAO, or OrBorJor). Photo: Eakkapop Thongtub

The Phuket office of the Election Commission of Thailand (PEC) initially declared Mr Rewat the winner of the election on Dec 21, confirming that he had secured 83,144 votes.

However, last month the ECT had yet to confirm the election results for 44 provinces, including Phuket, as they were “still under investigation”.

The ECT confirmed the election result for Phuket and other 22 provinces on Tuesday (Feb 2).

Mr Rewat has now confirmed to The Phuket News that he will take office on Feb 15.

“Right now, I am preparing project descriptions and details to present to the council members at the council meeting on Feb 15, my first day as PPAO President,” he said.

“For what needs to be done, that is still the same as what I explained during my campaign. The first thing I will do is open centres where people who are unemployed, who have insufficient income to pay living expenses, can register, so we can organise help for them,” he added.

“We will also focus on arranging to have essential goods – eggs, cooking oil, rice and other essentials – sold at low prices to help people,” he said.

“Then I will work on other projects, including making Phuket clean, pairing with other cities as a ‘sister city’ to promote tourism, building new landmarks, having public transport using alternative energy and developing the Phuket Provincial Hospital to provide new services like those provided by fully private hospitals,” he added.