FORMULA ONE: The most famous race of them all, the Monaco Grand Prix, returns to the Formula 1 calendar this weekend for the first time since the pandemic struck, and no-one will be happier to see it back that Max Verstappen and Red Bull Racing (RBR). 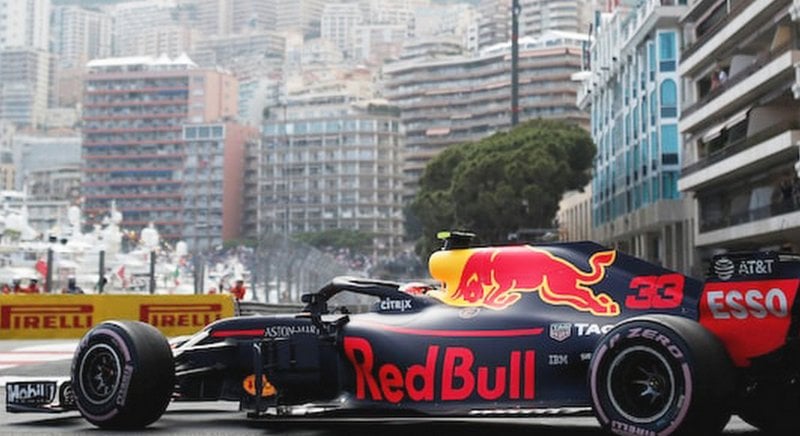 Red Bull Racing will be looking for victory on the streets of Monaco this weekend as the Grand Prix returns to the principality for the first time in two years. Photo: AFP

The Dutchman and the energy drinks manufacturer are 14 and 29 points behind respectively in the championship stakes, and though the 23-race season is only four rounds old, Lewis Hamilton’s control of the Spanish Grand Prix gave a sense that Mercedes is beginning to swing the momentum in the title fight.

Mercedes has ruthlessly capitalised on a string of minor but costly errors from RBR to take three wins and three poles from four weekends with arguably the slower car for much of that time. And with the seven-time constructors champion growing only stronger as it betters its understanding of its car, there’s a risk RBR has missed its opportunity to strike.

The Monaco Grand Prix, held around the famously tight and twisty streets of Monte Carlo, presents Verstappen and his team with a golden chance to stem the bleeding and reassert control.

The super slow speed city circuit has historically been a RBR stronghold, even if the headline stats – four wins in a decade, 2010–12 and 2018, to Mercedes’ five – suggest little different from standard transmission.

In 2016 the race was there for the taking after Daniel Ricciardo took pole, but a series of pit stop blunders dropped him to a distraught second place behind eventual winner Lewis Hamilton.

In 2013 too RBR clearly had the faster race car but fractionally missed pole, forcing Sebastian Vettel and Mark Webber to cruise to the flag behind the sluggish Nico Rosberg given the dearth of overtaking opportunities.

In all but one of the remaining four grands prix at least one RBR driver finished within 10 seconds of the leader, and in two of those events one of the Austrian-branded cars took the fastest lap of the race.

Even in the team’s fallow seasons the RBR aerodynamic philosophy has played well in slow corners, loading up the car with downforce other chassis struggle to generate at such a relatively pedestrian pace. In 2021, when the car is an overall match for Mercedes in 2021 rather than just a street circuit specialist, logic would suggest the team should have a decisive upper hand in Monte Carlo.

There’s a small hint to be gleaned from the otherwise dissimilar Spanish Grand Prix, whose circuit features an unusually slow and clumsy final sector comprising a tight chicane that demands a well-behaved car with good traction.

Unsurprisingly RBR topped the time sheet for that sector ahead of Mercedes. More interesting still is that the team trialled but ultimately didn’t race in its highest downforce specification in Spain, suggesting there’s even more performance to come at a circuit that requires grip above all else.

But there is another crucial element to be considered and that is the uniquely punishing circuit itself.

The Monte Carlo layout is the least forgiving in Formula 1, its walls omnipresent and ready to snap suspension or shatter wings for even the smallest of mistakes, sometimes ending a weekend on the spot.

After a two-year pandemic hiatus the drivers and teams will need to reacclimatise to the sport’s biggest adrenaline rush, and it will be the most level headed, not necessarily the outright fastest, who will prevail.

On the evidence of the season to date the calmest heads have rested on Mercedes-clad shoulders. In Monaco it’s up to Max Verstappen and RBR to prove they’re equal to the fight.