PHUKET: Checks by officers on five Phuket fishing boats found no illegal workers or any evidence of forced labour, reports the Phuket office of the Public Relations Department (PR Phuket).

crimeeconomics
By The Phuket News 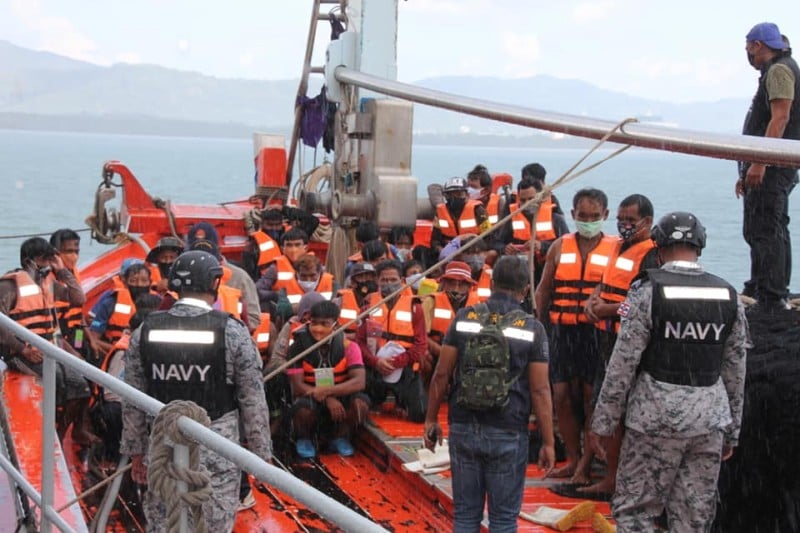 The inspection, led by Wiang Suwanna, Chief of the Occupational Safety and Health (OSH) office in Phuket, were taregeting cases of illegal employment, working conditions and human trafficking in the fishing industry, the report added.

The boarding party inspected the working conditions and interviewed 12 of the workers. No evidence or reports of forced labour were found.

No irregularities at all were found, said the report.