PHUKET: Prince of Songkla University (PSU) Phuket Campus has set up a coordination center to receive donations for victims of natural disasters in Phuket, joining forces with many other government and non-government organisations helping people in need.

disasterscharityweatherSafety
By The Phuket News 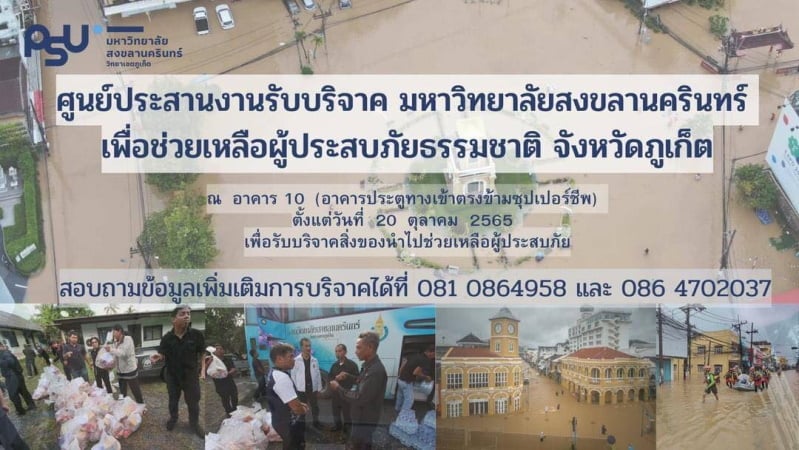 The donations are collected at building number 10 of PSU Phuket every day from Oct 20. The entrance to the building is located opposite a SuperCheap store.

The Phuket Hotels Association (PHA) and Living Waters Foundation also launched a drive to help people across the island to overcome the consequence of heavy rains which left vast areas of Phuket flooded.

For additional information, people are advised to contact Khun Nat from Living Waters at 081 272 3472 or more@livingwatersphuket.com. For contacts of specific collection points click here.