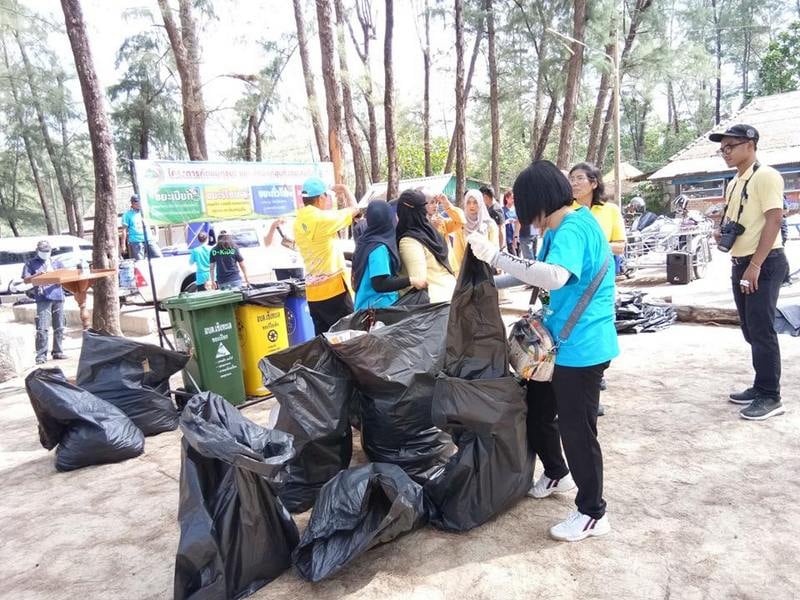 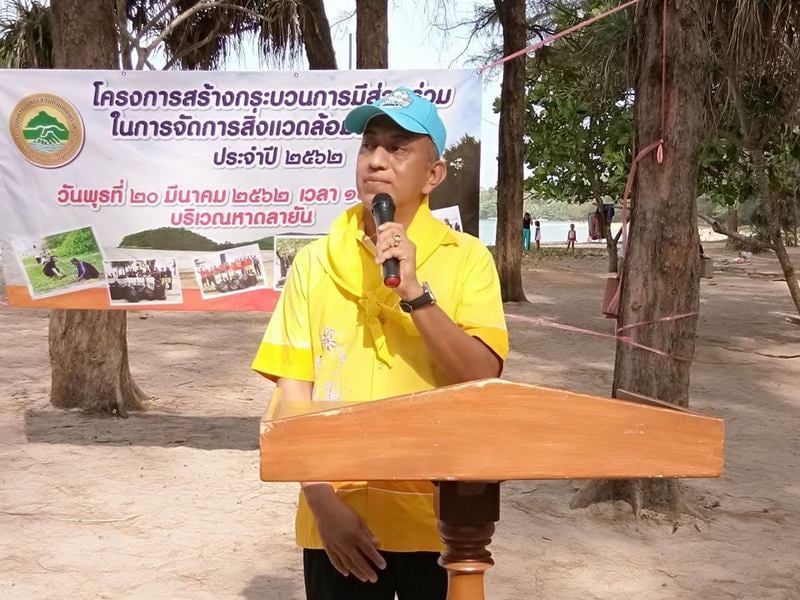 The cleanup, organised by the Phuket office of the Ministry of Natural Resources and Environment (MNRE) in conjunction with the Cherng Talay Tambon Administration Organisation (OrBorTor), began at 9am, explained Nanthanit Charoenthaisong, Environment Specialist at the Phuket MNRE office.

The cleanup was carried out under the “Protect Andaman” project, whereby the MNRE offices in each of five Andaman coast provinces – Phuket, Phang Nga, Ranong, Krabi and Trang – coordinate with local administrations to have 10 beach cleanups in each province.

The cleanup at Layan Beach yesterday was the ninth beach cleanup in Phuket under the campaign.

“After this, the Phuket MNRE office together with the Mai Khao OrBorTor hold a cleanup at at Sai Kaew Beach on Mar 29, starting at 9am,” Ms Nanthanit added.

“Anyone interested in joining us can call Mai Khao OrBorTor for details on 076-348201,” she said.