THAILAND: Prime Minister Prayut Chan-o-cha insists he is not concerned about the constitution being amended and says if people think he merely wants to extend his hold on power, the solution is simple: don’t vote for him next time. 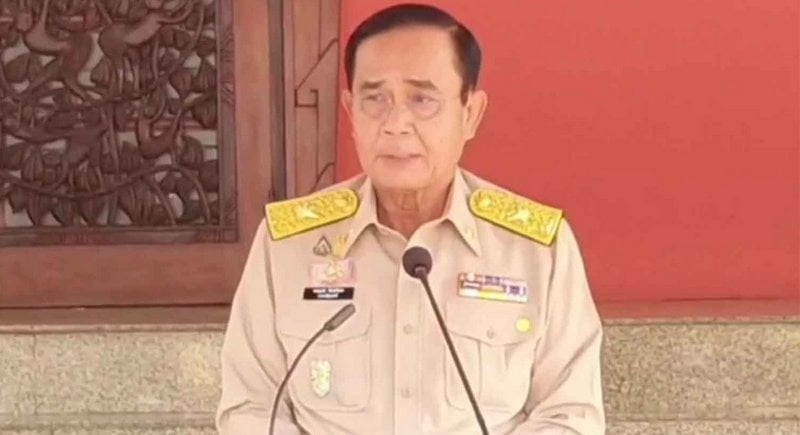 The PM’s comments followed a fresh attempt to amend the constitution section by section after the Constitutional Court ruled that a national referendum must first be held to determine if the public wants an entirely new charter.

Several political parties say they are now prepared to move ahead with charter changes aimed at curbing the power of the military-appointed Senate.

Gen Prayut said he did not mind if a whole new charter was drawn up or some sections of it revised.

“If people are concerned that I will prolong my stay in power, they are free to proceed with charter amendments. They can choose between voting or not voting for me. I’m fine with it,” he said.

Parliament president Chuan Leekpai said yesterday (Mar 22) an extraordinary session was likely to convene on April 7-8 to scrutinise and vote on the proposed national referendum bill.

He said a discussion on the proposed special session had been held with representatives from the government, the opposition and the Senate and it was agreed that the two-day session can proceed next month.

Mr Chuan shrugged off a petition submitted to the anti-graft agency against MPs and senators who voted in favour of the charter amendment bill, saying those facing complaints should be prepared to defend themselves.

He also stressed that a motion calling the joint sitting of MPs and senators to proceed with a vote was legitimate.

The petition, which was lodged by firebrand activist Srisuwan Janya yesterday with the National Anti-Corruption Commission (NACC), sought an inquiry against 206 MPs and two senators who voted to pass the bill during its third and final reading last Wednesday.

Mr Srisuwan called on the NACC to investigate their conduct and forward the case to the Supreme Court for further action if it found they committed an offence.

The activist had earlier threatened to ask the NACC to take action against parliamentarians who voted for the charter amendment bill.

Senator Wanchai Sornsiri, spokesman of a parliamentary committee vetting the national referendum bill, said the panel would meet on April 1-2 to finalise the draft.

The bill originally allowed only the executive branch to propose a referendum. “The bill is a time-bomb for the government, like the charter amendment,” he said.