Prayut: ‘Phuket should be proud’

Prayut: ‘Phuket should be proud’

PHUKET: Phuket people “should be proud of their mission for the country”, Prime Minister Prayut Chan-o-cha said this afternoon (July 1) at a meeting held for him to be brought up to speed on the COVID prevention measures in effect to ensure the Phuket Sandbox model is a success. 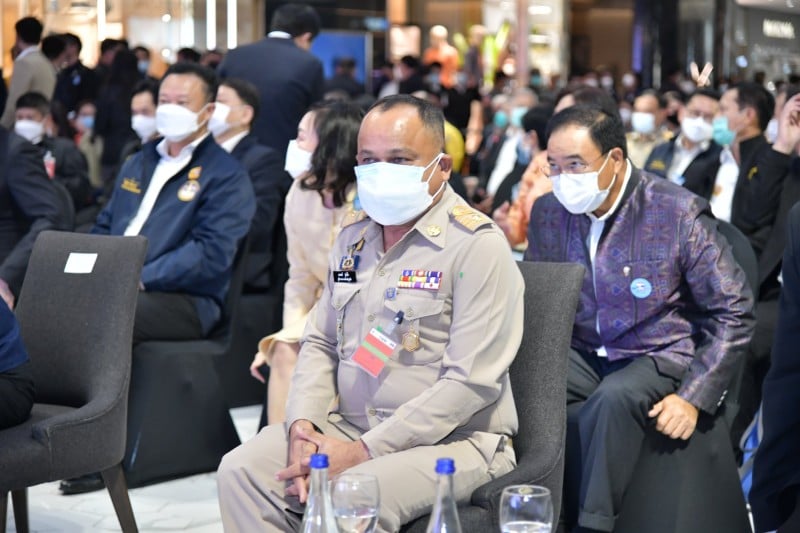 He also said “he felt more reassured” after listening to clarifications from all sectors involved, including businesses and members of the public.

“If this is successful, it can be expanded to other tourist areas of the country according to the steps,” he said.

PM Prayut noted that the number of travel bookings to Thailand is already on the rise.

“The number of tourists coming to Phuket is now increasing. Some flights are from airlines that have never traveled to Phuket before, but at the same time some are from countries where there have been recent outbreaks,” he said.

However, he also recognised, “If there is another COVID-19 outbreak, measures will need to be taken to control the disease again.”

“This opening of the country must be done carefully and we must accept the risks together. The government is always concerned, but has never left anyone behind,” PM Prayut said.

“Phuket Sandbox is not only a matter for Phuket residents. It’s about the people of the whole country, so that the country can move forward in accordance with the mission of re-opening the country in 120 days,” he added.

“The people of Phuket should be proud of their mission for the nation, for your country. Also, by asking for cooperation in complying with the prescribed measures, this may cause some inconvenience, but I would like to leave hope to the people of Phuket. If Phuket Sandbox is successful, it will be practiced in other areas. What do you need help with?” he said.

PM Prayut concluded his speech by calling for a round of applause “to support the doctors, nurses and public health personnel who are working hard”.

“And please give encouragement to all Phuket people,” he said.

During his visit to Phuket today, PM Prayut this morning inspected the checking processes and procedures at Phuket International Airport and at the Phuket Check Point at Tha Chatchai.

He also visited Sirinath National Park, where presided over a turtle release, and he marked the Phuket launch of the ‘Hug Thais Hug Phuket’ tourism campaign at the Central Phuket shopping mall.

The Prime Minister noted that the ‘Hug Thais Hug Phuket’ event was to pass on encouragement and “embrace the Thai people with love”.

“When all Thai people need encouragement to get through this challenge together,” he said.

“Today we are working together to create history in Thailand, to lead the nation through this crisis,” he added.

PM Prayut welcomed the smiles he saw today. “Today I’m happy, seeing smiles on both sides of the road, there are people waving their hands… Everyone is happier even during difficult times,” he said.

He called the Phuket Sandbox project a “great challenge”.

“It will prepare to open in other island areas, which is a great challenge. and is considered an urgent necessity to revive the economy, especially in Phuket, which has more than 90% of its economy dependent on the tourism sector, which is one of the reasons for choosing Phuket as a pilot province,” he said.

The Thai government has come under intense criticism for its rollout of the Phuket Sandbox scheme, with many rules and requirements changing up until as recently as late Tuesday, when the conditions of entry were finally published in the Royal Gazette. The conditions were publicly announced only yesterday.

Also heavily criticised has been the late issuing of Certificates of Entry needed by tourists wanting to enter Thailand through the Phuket Sandbox scheme.

However, tourists arriving at Phuket International Airport this morning on the first flight to touch down under the scheme said the bureaucratic procedures were not a serious issue for them.

One tourist, who identified himself as Reno, said, “If you take care of the Thai embassy plan, it’s not complicated. I did it in four days.”

Reno explained he had come to stay in Phuket for two weeks, and after that planned to travel elsewhere in the country.

“I have a house in Hua Hin. After [Phuket], I will visit my house and after that I will travel in your beautiful country,” told The Phuket News Thai-language sister newspaper Khao Phuket.

“After that, maybe I go shopping in Bangkok and maybe later I will visit Chiang Mai,” he added.

However, he noted, “The documents were hard to prepare. It’s a lot of work, but it’s okay.”

Kiefer explained that he was a regular visitor to Phuket on holiday over many years. This time he planned to stay two months.