PHUKET: Prime Minister Prayut Chan-ocha arrived in Phuket this morning to begin his inspection of the island’s preparedness for receiving vaccinated foriegn tourists under the Phuket Sandbox scheme, which begins today (July 1). 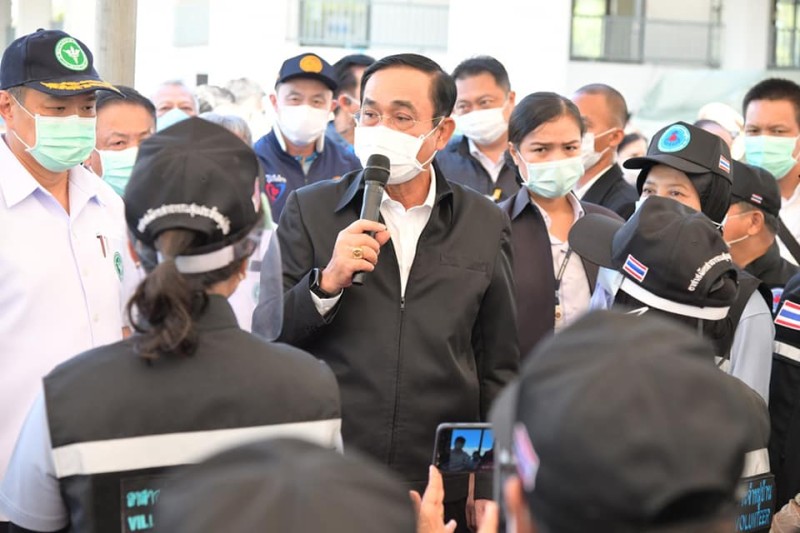 PM Prayut inspected the procedures to be followed at the airport in checking tourists to make sure they are to be permitted to enter Phuket under the scheme.

According to his official schedule, after his visit at the airport, PM Prayut will inspect Phuket Check Point in Tha Chatchai, the site of the only bridge onto the island, before inspecting the ’EOC Command Center’ at Phuket Provincial Police Station in Phuket Town.

He will then meet with Phuket Governor Narong Woonciew and other Phuket officials at the Royal Phuket City Hotel, where he will have lunch.

At 1:45pm, he will preside over what is described as the opening ceremony of “Hug Thai Hug Phuket” campaign, to be hosted by the Thai Chamber of Commerce at the Central Phuket shopping mall.