PHUKET: Rewat Areerob, President of the Phuket Provincial Administrative Organisation (PPAO, or OrBorJor) today called for a budget of about B98 million from the central government in order to buy more than 89,000 doses of the Moderna vaccine from the Red Cross. Mr Rewat called for the extra budget for the PPAO to buy Moderna vaccine doses directly from the Red Cross. Photo: PPAO 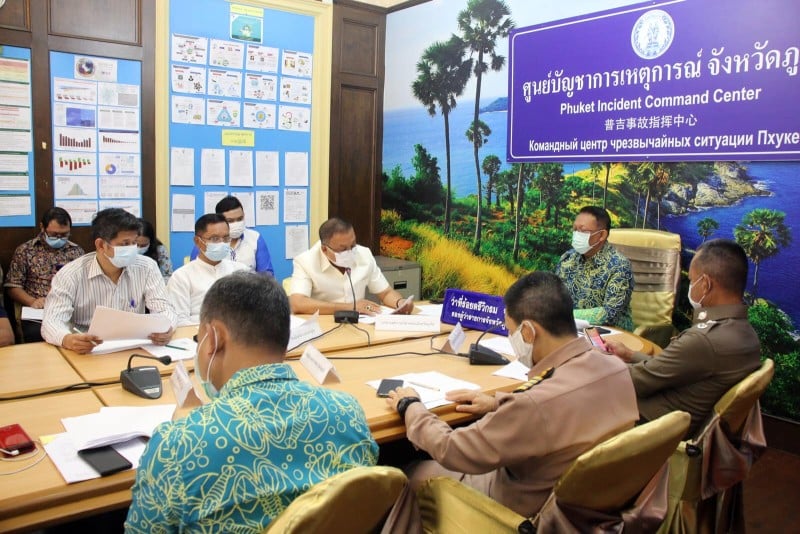 The PPAO has already bought more than 5,000 doses of the Moderna vaccine from the Thai Red Cross.

At the meeting, Mr Rewat explained that the request for extra budget and support from the national government was to be spent on supporting the Phuket Sandbox scheme in August and September this year.

​Mr Rewat explained that the PPAO wanted to ask for a budget of B109,058,600 to spend on three main projects to support the Sandbox scheme.

The first project is the swab testing of high-risk people in all three districts on the island, which would require a budget of B3.1mn, while the second project needed B7.7mn for medical equipment, venue rent, food to be used to support those whose incomes have been devastated by the COVID crisis, and other expenses.

However, the mainstay of the budget amounted to B98.258mn for the PPAO to buy 89,326 doses of Moderna vaccine from the national Red Cross.