PHUKET: The Chalong branch of the Phuket Provincial Electricity Authority (PEA) has announced that the electricity supply will be temporarily shut off at the southern end of Wiset Rd, Rawai, tomorrow (Mar 29) as work is carried out on upgrading high-voltage cables. 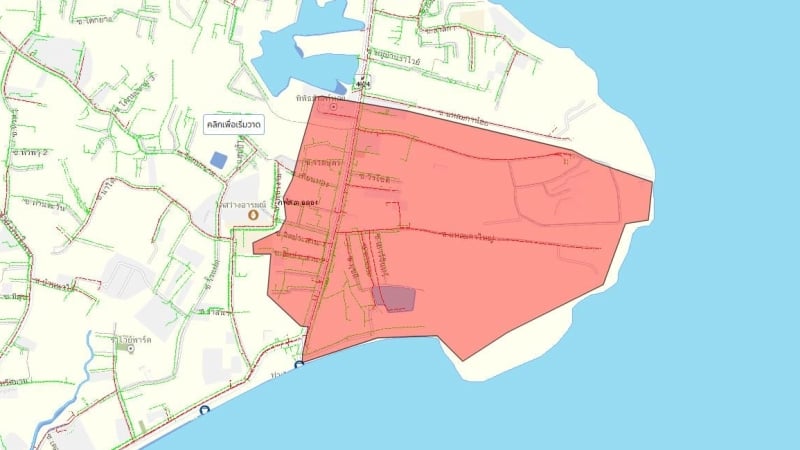 A map showing the area at the southern end of Wiset Rd, Rawai, to be affected by the power outage tomorrow (Mar 29). Image: PEA 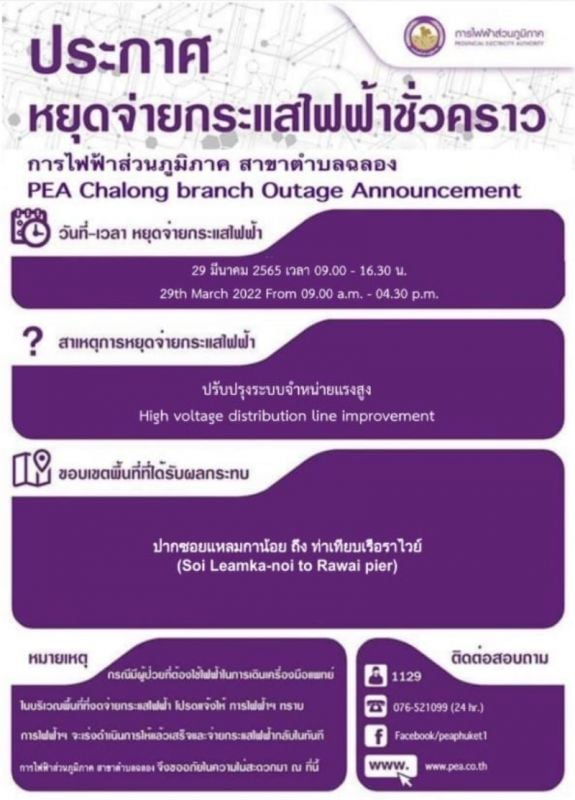 The areas to be affected by the power outage, from 9am to 4:30pm, will be along Wiset Rd, from Soi Laem Ka Noi to Rawai Pier.

Areas to be affected by the power include businesses along both sides of Wiest Rd and the Rawai sea gypsy village.

In its announcement, PEA Chalong apologised for any inconvenience caused while the work is carried out.

“If anyone needs to use electricity for medical equipment or an emergency in the power outage areas, notify the electricity authority. The PEA will try to expedite the work and restore electricity supply as soon as possible,” the PEA office added.