PHUKET: The annual Por Tor Festival has begun, with devotees and participating Chinese shrines across the island honouring the tradition of placating souls released from hell by welcoming them with offerings to make merit and to sate their hunger.

cultureChinese
By The Phuket News 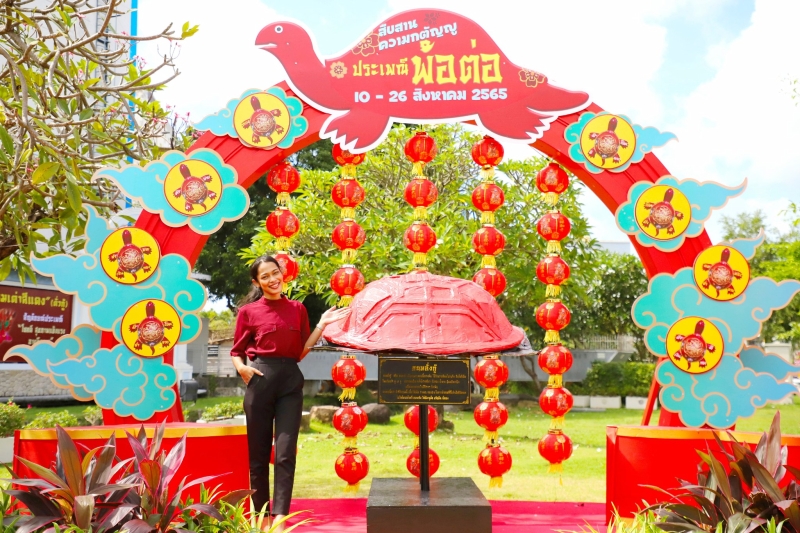 The Hungry Ghost Festival, or Por Tor Festival as it is called in Phuket, began with prayers and offerings to Por Tor Kong, the King of Hell, on Friday and continued on Saturday, with a small parade through the heart of Phuket Town.

The Por Tor Festival traditionally falls on the 15th day of the seventh waxing moon on the Chinese calendar, and Thai-Chinese people believe that the spirits of ancestors are released from hell to visit their relatives during this period.

Thai-Chinese people usually decorate their houses and altars with offerings to appease the spirits of ancestors who may come to visit during the festival.

For “homeless” spirits, those spirits without descendants to visit, devotees arrange a set of food offerings and place them at the back of their houses.

To commemorate the festival, Phuket City Municipality has hung red lanterns along the streets of Phuket Town, along with installing other decorations dotted throughout the town, including a small feature set up on the area beside the Standard Chartered Bank Intersection in the heart of the Old Town area.

As is tradition, turtle-shaped Angku cakes are on display at all areas where festivities are being honoured, and a parade will course its way through Phuket Town tomorrow (Aug 16).

People will gather at Queen Sirikit Park on Thalang Rd at 4pm, from where they will parade along Phuket Rd to the Bang Neow Shrine and turn right to make their way to the Por Tor Kong Shrine.

The parade is expected to conclude by 6pm.

All roads along the route will be closed to traffic while the parade is taking place.