THAILAND: A forensic police officer who recently changed his mind and said Red Bull scion Vorayuth “Boss” Yoovidhya was driving below 80km per hour during his deadly crash in 2012 has done another U-turn. He has now returned to his original testimony and declared the actual speed was indeed 177kph, according to a police source. 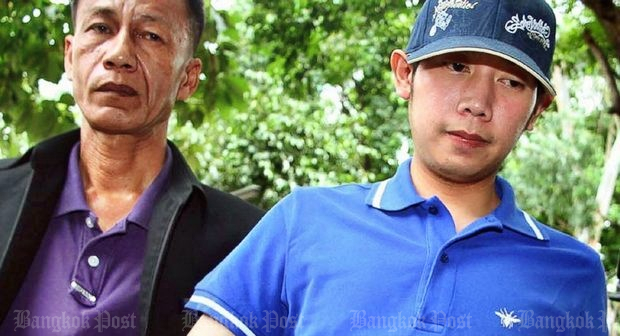 Pol Lt Col Thanasit Taengchan, an officer from the Office of Police Forensic Science who inspected the hit-and-run scene in 2012, yesterday (Aug 7) gave evidence to a panel set up by the national police chief Chakthip Chaijinda to review the case.

He said Mr Vorayuth’s Ferrari was travelling at 177kph at the time it rear-ended the vehicle of the victim, 47-year-old Pol Snr Sgt Maj Wichian Klanprasert, the source said.

This latest car speed tallies with the information he gave in 2012 to investigators but in his second testimony given in 2016, Pol Lt Col Thanasit retracted his original evidence, saying the speed was actually 79.23kph.

His latest statement was made just one day after Prime Minister Prayut Chan-o-cha said he was “not okay” with the handling of the high-profile case.

Gen Prayut told the Bangkok Post Forum 2020 on Thursday that the case had drawn public attention, challenged the systems of justice and laws and affected public faith in the whole government sector.

“I would like to express my standpoint in the Boss Red Bull case, that I am not okay with many aspects that remain unclear,” he noted.

Pol Lt Col Thanasit explained yesterday that he kept changing the car speed information because he was confused about his own calculations, the source quoted him as saying.

According to the source, the panel yesterday also asked medical experts for their opinions about substances found in Mr Vorayuth’s body.

The experts confirmed that one of the substances was caused by a mixture of cocaine and alcohol, the source quoted the panel as saying.

The panel has therefore ecommended a charge of cocaine abuse be pressed against Mr Vorayuth. The recommendation will be sent to the national police chief for action, the source added.

The panel will set a date for a press briefing to allay public suspicions, particularly about why the police did not contest the prosecutors’ decision not to arraign Mr Vorayuth on the last, and most serious, charge of reckless driving causing death.

Pol Gen Chakthip said yesterday he was confident the police probe would uncover the truth as to why his officers did not appeal the prosecutors’ decision to drop that charge. He admitted the case had ruined the reputation of the Royal Thai Police and vowed that any officers found to commit wrongdoings would face tough action.

Pol Col Pakkapong Sai-ubon, deputy spokesman of the Immigration Bureau, yesterday denied reports that it had revoked arrest warrants for Mr Vorayuth and had asked Interpol to lift its red notice against him.

“’The chief of the bureau has instructed immigration officers to keep an eye out for Mr Vorayuth. If he shows up, he will be detained and quarantined at a state quarantine facility for 14 days under tight security around the clock,’” Pol Col Pakkapong said. Mr Vorayuth’s current whereabouts are unknown.