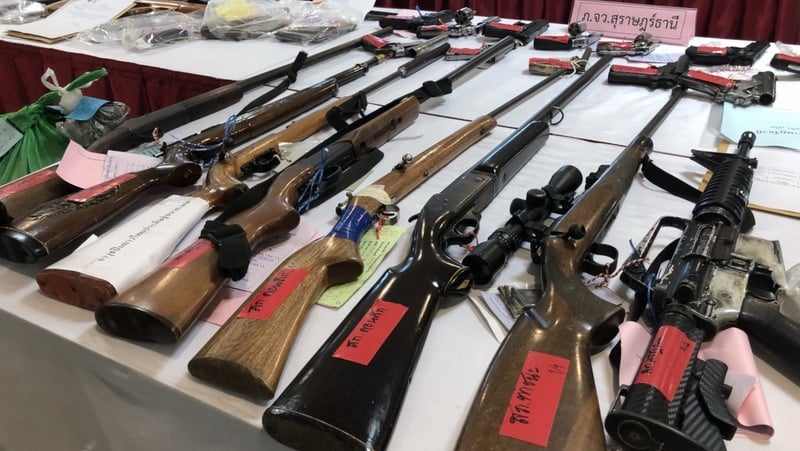 All evidence was presented to the press at the Region 8 Police headquarters in Mai Khao, in northern Phuket, this morning (May 21).

“We carried out the campaign on April 20-30 and May 11-19 to make sure it was done after the Songkran holidays,” Lt Gen Pongwut said.

Other items seized which were on display at the press conference included 310,964 methamphetamine pills (ya bah), over two kilos of crystal meth (ya ice), and 681kg of marijuana.

In addition, during the campaign 136 fugitives were apprehended on previously issued arrest warrants, as well as 126 gambling cases, 40 immigrant cases and 248 other cases.

“Region 8 Police are giving their full attention to keep people safe. In this campaign, an impressive number of arrests and weapons seizures were made,” Lt Gen Pongwut said.

“It is our job to protect people from crime. This time we achieved our goal very well. Thank you to the media for presenting our work to the people,” he added.