PHUKET: Police are searching for a suspect or suspects who fired gun shots at a house in Srisoonthorn last night. No fatalities or injuries were reported in the incident. 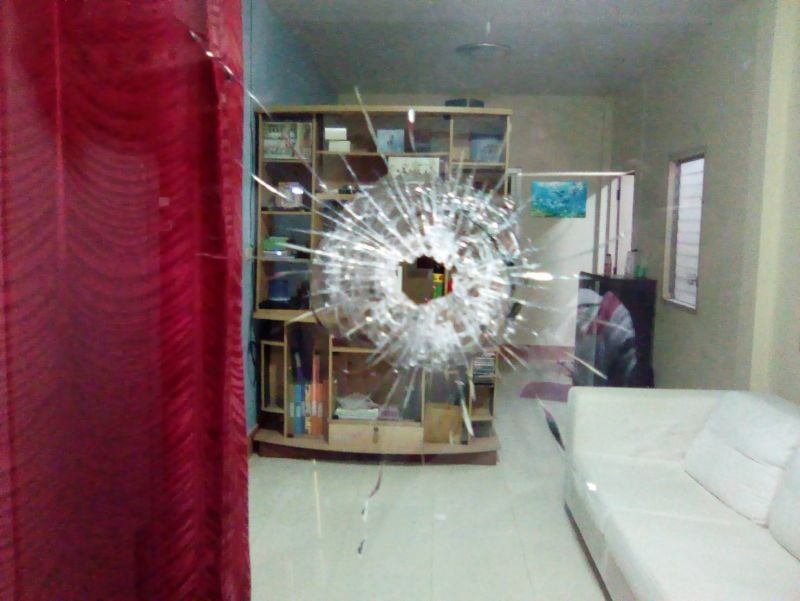 Thalang Police was notified of an incident at the Term Fun housing estate at 7:40pm yesterday (Jan 15) and Capt Warawut Sensoap lead a team of officers to investigate the scene, a house in Soi 10 of the estate.

Police found a number of 11mm bullet holes on items including a Yamaha motorbike, a wall and a window pane.

There were also traces of gun shots at a neighbouring property.

The owner of the house, named only by police as Chaiwat, 58, told police that no one was in a house at the time of the shooting.

“I did not have any conflict with anyone. The only possible issue i can think of is that I had broke up with my ex-wife in November last year after we being together for three years.

“She entered a claim for divorce. After I signed the divorce papers she came and took some items from the house last week,” he said.

“On Sunday night (Jan 14) I received a call from a man who threatened to shot me dead if I caused my ex-wife go to jail. He also challenged me for a gunfight, but I refused.

“On Dec 25 last year, suspect(s) came to my house and damaged my car. I believe this is the same suspect(s). I have already reported that story to Thalang Police,” Chaiwat explained.

Capt Warawut said, “After making investigations we found that a suspect(s) who was/were on a motorbike stopped their vehicle in front of a house. The suspect(s) used an 11mm handgun to fire at the house and sped away. We are now hunting for suspect(s) so they can face legal action.”