PHUKET: Police are waiting for the results of a post-mortem examination to try to help them determine whether or not a marks found on a woman’s wrists indicating that she had been bound were a factor in her being found hanged in her home in Pa Khlok yesterday (July 17). The body of Miss Willa is recoverd from the home in Pa Khlok yesterday (July17). Photo: Eakkapop Thongtub 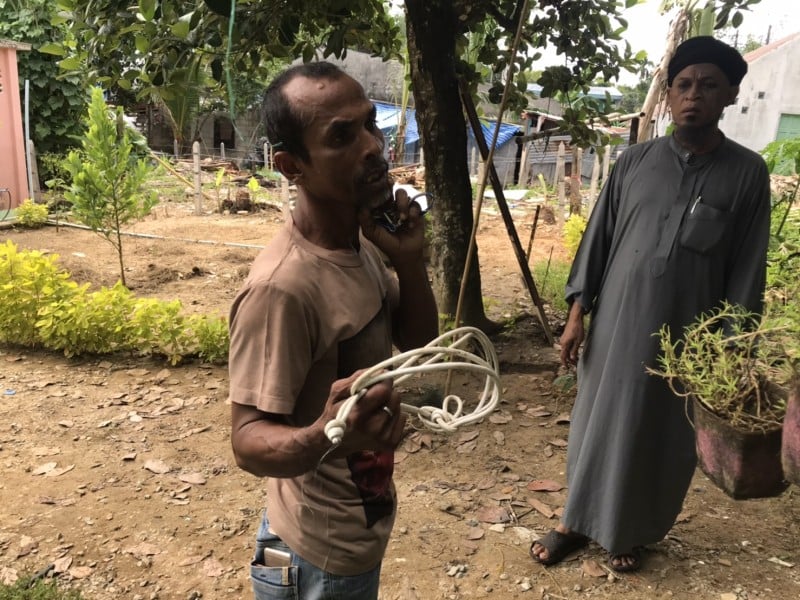 Major Wutthichai Kaewthong of the Thalang Police was called to the scene, a house in Moo 9, Pa Khlok, at 9am.

Police arrived together with Kusoldharm rescue workers to find the body of Willa Phibankhasat, 30, lying face down on bed.

A power cable was still wound tightly around her neck, and police noticed marks on both her wrists as if she had been restrained, Major Wutthichai noted in his report.

Ms Willa’s partner, Narong Thinkohyao, 48, told police that he had stayed at his mother’s house on Wednesday night and came home the next morning.

“I called out to her many times, but there was no response,” he said.

Narong said he found Ms Willa’s body hanged from a beam in the bedroom.

He brought her body down and placed it on the bed and called the police at about 9am, he said.

Narong also told police Ms Willa had tried to commit suicide “many times” before, Maj Wutthichai noted in his report.

Maj Wutthichai also noted that the last time Ms Willa was known to be alive was at 6:30am when neighbour “Ms Na” heard Ms Willa talking with another neighbour.

Ms Willa’s body was taken to Thalang Hospital for further examination, while police continue their investigation, he confirmed.

At 6:30pm yesterday, Maj Wutthichai was called to investigate another death, this one by a gunshot wound to the chest at a home in Moo 11, Thepkrasattri.

In the home they found the body of Nukul Insathon, 48, dead on the floor with a hunting rifle with a scope lying nearby.

Mr Nukul’s relatives lived in the area, and told police that Mr Nukul had also commented about “wanting to die”, and so they did not suspect murder, Maj Wutthichai noted in his report.

Regardless, Mr Nukul’s body was also taken to Thalang Hospital for further examination while police continue their investigation into the death, Maj Wutthichai confirmed.