PHUKET: Police have confirmed that they have fined a woman B500 for driving against traffic flow on a small road at the busy intersection leading to Phuket Rajabhat University. 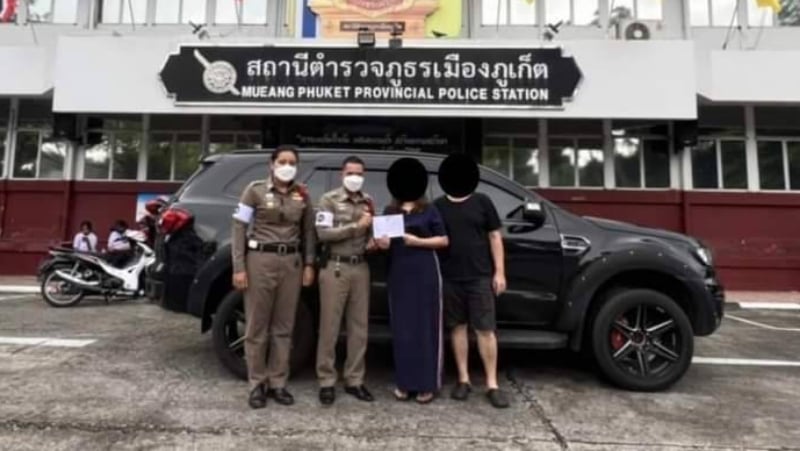 The confirmation came through a statement issued last night, in response to a post online showing the car, a Ford Everest, blocking traffic on the small road leading to the university just after 10am yesterday (Aug 25).

The narrow road is two lanes wide and allows traffic in both directions. The Ford Everest was on the wrong side of the road heading toward the busy intersection. Cars turning from Thepkrasattri Rd into the small road found themselves facing the Ford Everest head-on.

The police statement named no less than four senior officers, including Phuket City Police Chief Col Sarawut Chuprasit, involved in police action in tracking down the culprit, a woman named by police only as “Ms B”.

Ms B, a resident of Ratsada, presented herself at Phuket City Police Station just before 4pm, the statement said.

She was duly fined B500 for the infraction, the statement added.

The woman apologised for the incident and said she would follow the traffic rules strictly from now on, said the statement.

The woman does have a valid driver’s licence. She said that she was unaware that the road was not one-way as she “rarely” used it.