PHUKET: Officers from the Police Cyber Taskforce (PCT) arrested two men at a house off Chao Fa West Rd in Moo 5, Chalong, on Saturday (June 26) for operating nine gambling websites that together had a turnover of more than B200 million. 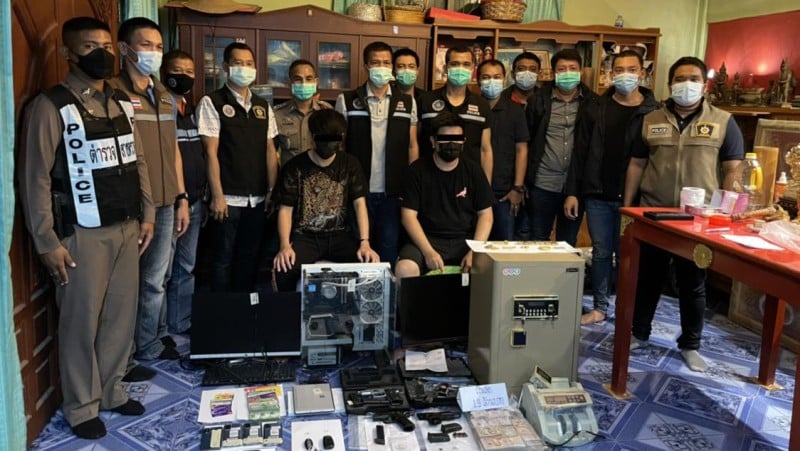 The two men, who were not named, were arrested while chatting online with their customers in the house, Gen Damrongsak said.

The two men were administrators of the websites, he added.

In placing the men under arrest, police seized 42 items of evidence, including B1.9 million in cash, bankbooks, a safety box, computers and a firearm, Gen Damrongsak noted.

Prime Minister Prayut Chan-o-cha had ordered police to ramp up their efforts against online gambling especially during the Euro 2020 football tournament, he said.

“Regarding these gambling websites, Royal Thai Police Commander Gen Suwat Chaengyodsuk had previously urged all police units to arrest gambling website operators. Next, we will examine the financial transactions and relevant accounts which are believed will link to other arrests in the future,” Gen Damrongsak said.

Gen Damrongsak urged any persons with information about illegal online gambling, to inform the PCT by calling the 24-hour hotline 1599, or call the taskforce’s direct line 081-8663000 during office hours.