PHUKET: Prime Minister Gen Prayut Chan-o-cha is scheduled to fly to Phuket for an inspection of the island’s readiness to reopen to receiving vaccinated forign tourists from July 1. 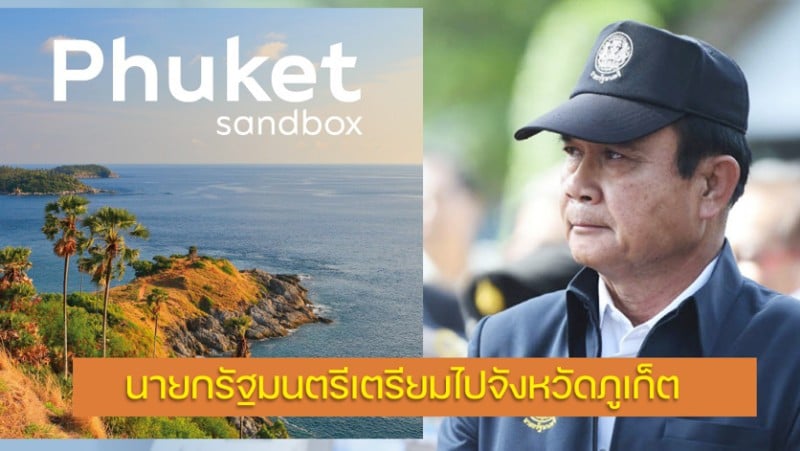 According to a report by state news agency NNT today (June 17), PM Prayut and other ministers will fly to Phuket Friday next week (June 25).

The prime minister and his entourage will depart Bangkok at 8:30am.

After arriving on the island, the group will inspect the full rehearsal by staff and officials at the international terminal of the airport in processing international tourists arriving under the ‘Phuket Tourism Sandbox’ scheme.

They will then move to Angsana Laguna Phuket, where they will inspect the mass vaccination efforts underway there and hold a meeting with local officials about the July 1reopening.

In the afternoon, PM Prayut will lead the team to Ao Por Pier in Pa Khlok to review the procedures for checking tourists arriving in Phuket by boat.

After completing the inspections, the prime minister and his accompanying group will return to Phuket airport and fly back to Bangkok, said the report.

The report by NNT noted that PM Prayut is to chair the meeting of the Centre for COVID-19 Situation Administration (CCSA) tomorrow (June 18), during which final aspects of the conditions of entry of tourists under the Phuket Sandbox policy are to be discussed and decided.

After the CCSA has made its recommendations, the final version of the Sandbox policy is to be presented to the Cabinet for approval next Tuesday (June 22).

The NNT report noted that in addition to discussing the Phuket Sandbox policy tomorrow, PM Prayut will also consider easing restrictions enforced in Bangkok, including “allowing people to sit and eat in restaurants as normal”.

However, while mentioning restaurants may be returning to normal operations, the report made no mention of allowing alcohol to be consumed in restaurants or whether the easing of the restrictions on restaurants will apply to outside Bangkok.

No other conditions about the Sandbox was mentioned in the report, including whether or not tourists arriving after July 1 will have to wear tracking wristbands while on Phuket, as reported today by media throughout Thailand.