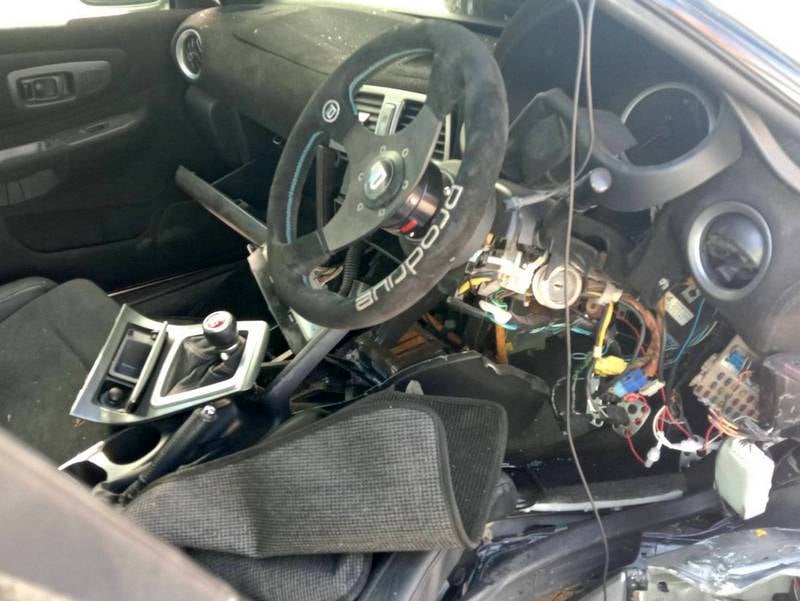 Mr Vorasit, the 40-year-old owner of the upscale Sri Panwa resort on Phuket’s east coast, was rushed to hospital after the Subaru sports sedan he was driving hit a power pole south of Phuket Town last night.

Dr Chalermpong told the press today, “It has been found that there has been no blood congestion in Mr Vorasit’s brain. If there are no serious effects, he can be discharged from the ICU.”

Dr Chalermpong gave no other description of Mr Vorasit’s condition. Mr Vorasit was trapped behind the driver’s wheel for more than an hour while rescue workers used hydraulic equipment to cut him free from the wreck.

So far police have yet to provide any standard report of the accident, which has been reported by national news agencies.

Capt Chatri Chuwichian of the Wichit Police, the officer at the scene last night, was willing to explain to the press that police were continuing their investigation, and gave the most basic explanations that Mr Vorasit had an accident in which his car hit a power pole, but offered no other details.

Police have even yet to confirm whether Mr Vorasit was tested for alcohol.

The accident occurred on a curve in front of Ao Nam Bor School, which local resident and retired police officer Yuttapong Changlek explained to The Phuket News today was the scene of many accidents.

“This time, the accident victim is a famous person, so this has become very popular news which has now forced agencies to look at the road and take action to make the road safer,” Mr Yuttapong said.

“The road is not as safe to drive at high speed, especially when it comes to the curve,” Mr Yuttapong said, adding that the road was “very bumpy” along the area where it curves.

“Officers should have come to inspect the road and fixed it earlier, not only after an accident occurs that affects a famous person,” he added.