PHUKET: Phuket Zoo is been ordered to not use the baby elephant Dodo to perform work, namely performing tricks for tourists, until his health has recovered. 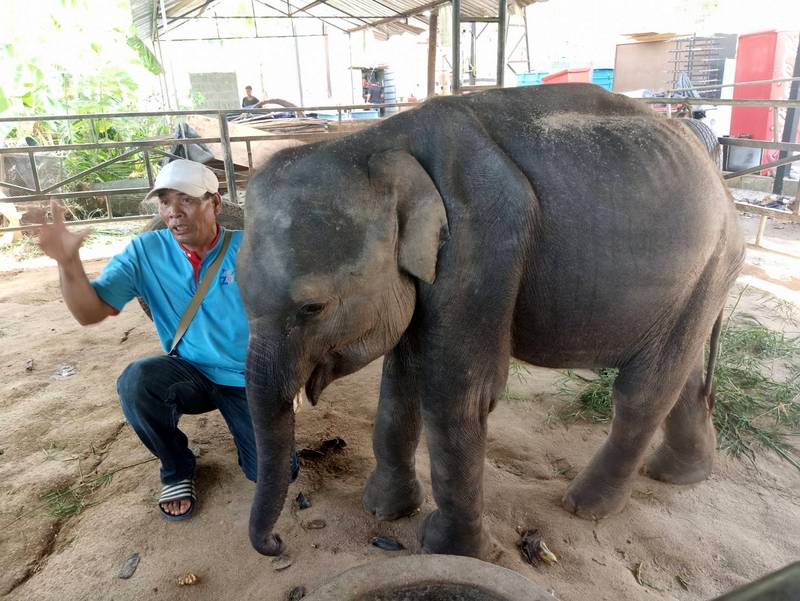 The order came as officers from the Phuket Provincial Office of the Department of Livestock Development (DLD) inspected the baby elephant’s health on Tuesday evening (April 10).

DLD Chief Manas Thepparuk explained to The Phuket News that Dodo is a 2-year-old male elephant.

“His name actually is ‘Ping Pong’, according to his registration document,” Mr Manas said.

“Our officers found that Ping Pong is underweight, so we have to make sure he is not suffering from an infection or a digestive problem,” Mr Manas noted.

“His weight loss might be a consequence of diarrhea. Plus he has new teeth coming up. This might make him want to eat less than normal,” he added.

“However, the elephant shelter where he is kept and the food and water provided are all good to keep him healthy,” Mr Manas said.

Phuket Zoo has been ordered to not use Ping Pong to perform in tourist shows until he returns to full health, Mr Manas confirmed.

“I informed Phuket Zoo that we want him to fully recover first, then he can return to work,” he said.

Asked how long that will be, Mr Manas replied, “That depends on how quickly he recovers. We will go to check his health again next month.”

Mr Manas warned Phuket Zoo to comply with the order.

“If Phuket Zoo fails to comply, they will be charged for breaching the Cruelty Prevention and Welfare of Animal Act, under which they shall be liable to a fine not exceeding for B40,000,” Manas said.