MMA: March is going to be a massive month for two Phuket-based veterans, each of whom are UFC champions. 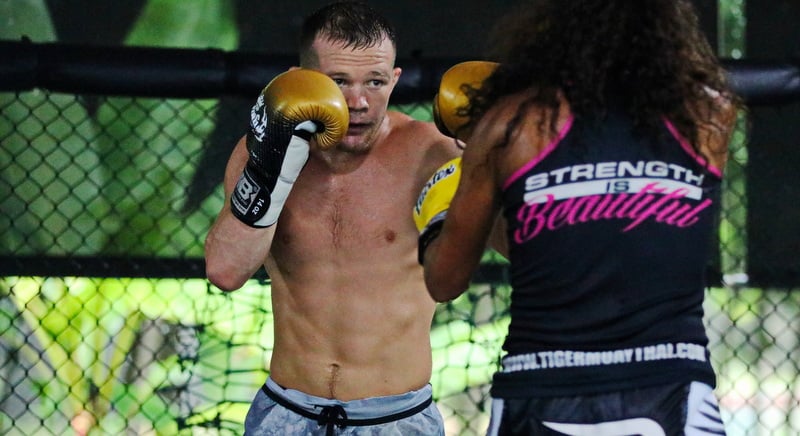 Russian phenom and current UFC Bantamweight champion Petr ‘No Mercy’ Yan (15 wins, 1 loss) is set to defend his title for the first time on March 6 against rising contender Aljamain Sterling at UFC 259 in Las Vegas.

The 28-year-old hasn’t lost in the Octagon since he came into the organization in 2018, just three years ago. In that time, he’s put together a string of brilliant wins over world class fighters, including UFC legends Urijah Faber and Jose Aldo. In fact, the only loss on Yan’s record – a 2016 decision that went to Magomed Magomedov at ACB 32 – he avenged with a win over Magomedov just a year later.

Likewise, Alexander ‘The Great’ Volkanovski (23 wins, 1 loss), is set to defend his UFC Featherweight title, albeit for the second time, after winning the belt against Max Holloway in December 2019, and then solidifying his championship status with another victory in the rematch in July last year.

The 32-year-old Australian will defend his title against a very dangerous Brian ‘T-City’ Ortega on March 27 in the UFC 260 co-main event in Las Vegas.

‘More focused than ever’

Phuket will be cheering hard for both fighters, given that each has spent their early years honing their craft on the mats of Tiger Muay Thai & MMA Training Camp in Chalong.

Volkanovski earned a spot on the MMA team during the 2014 TMT Tryouts. Yan joined the team later that year, with just one fight under his belt, and was a talented boxer at the time looking to add more weapons to his striking arsenal.

For Yan, many are looking to see how the 27-year-old will respond as a champ, with the promotion now throwing the best fighters that the division has to offer his way.

Last month, ‘No Mercy’ went straight to American Top Team in Florida to prepare for the fight, given COVID restrictions and the fact that his fight was going to be scheduled on American soil.

“Change of scenery is good,” Yan told the ‘What the Heck’ podcast. “It’s good to get ready here and [then] kick some ass after.”

His rivalry with Sterling has been buoyed by constant social media chatter on both sides, although Yan says he’s more focused than ever.

“My goal right now is to defend this title multiple times and I’m completely focused on that. Aljamain is just the next step in achieving my goal,” Yan said.

Volkanovski, meanwhile, will defend his title against an opponent other than Holloway, for the first time.

Ortega has improved his striking over the last two years, but ‘The Great’ is looking to break ‘T-City’ before the night is done.

“I’m putting on a pace that no one can deal with,” he told MMA Junkie.

“That’s truly what I believe, and that’s what I’m seeing. I’m just going to go out there and do my thing, and I’m expecting a mid-rounds finish.”