MMA: Thailand finally has one of their own in the UFC. 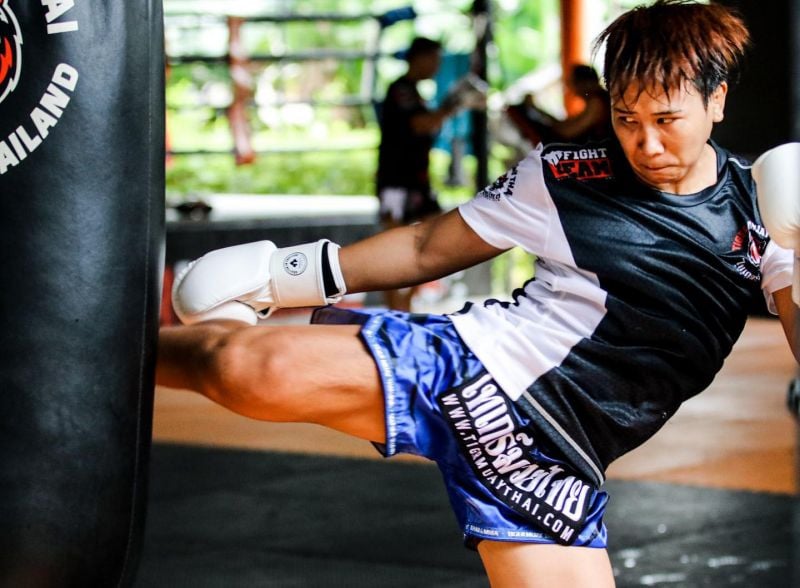 Lookboonmee, who fights out of Phuket’s Tiger Muay Thai & MMA Training Camp in Chalong, previously made history for being the first Thai MMA fighter to sign for the all-female Invicta FC promotion, making her debut in the United States in January 2018. After stints in Pancrase and Full Metal Dojo in Bangkok, Loma will now continue her foray into MMA in the sport’s biggest stage.

“Before her first Invicta fight, I told people that I thought the UFC was definitely on the horizon, that she would be the first Thai in the UFC. It’s such a huge achievement and I’m so proud of her,” said George Hickman, Tiger Muay Thai’s head MMA coach.

“I don’t think she realizes what an accomplishment it is that, in such a short amount of time, getting signed in two years time,” he said.

At just 155 cm-tall and a previous fighting weight of 47kg (atomweight), Loma is set to move up in weight class in order fight in the UFC. But it’s easy to forget her small size when you consider her experience: over 300 professional Muay Thai fights, 9-time Muay Thai champion, IFMA gold medalist, an Asian Games Wushu champion, and a 3-1 pro MMA record.

“I know people talk about her going up in weight, being smaller, and all that, but she learns at a very rapid pace. From the first time she trains you know she understands and learns so quickly,” said Hickman.

Loma already has her UFC debut booked, an October 26 bout against Russia’s Alexandra Albu at the Singapore Indoor Stadium.

While her team did celebrate the historic signing of Thailand’s first UFC fighter, Hickman says they’re not resting on their laurels and that big things have yet to come.

“I have very high expectations. I’m super stoked that she’s in, that shes the first Thai, but that’s not what we are here for. We are here to make an impact, to be a contender and be UFC champion,” said Hickman.