PHUKET: Somyot Pathan, President of the Phuket Old Town Tourism Community Enterprise and a lifelong resident of Phuket Town, has called the ongoing flooding in Phuket Town the worst seen in 30 years. 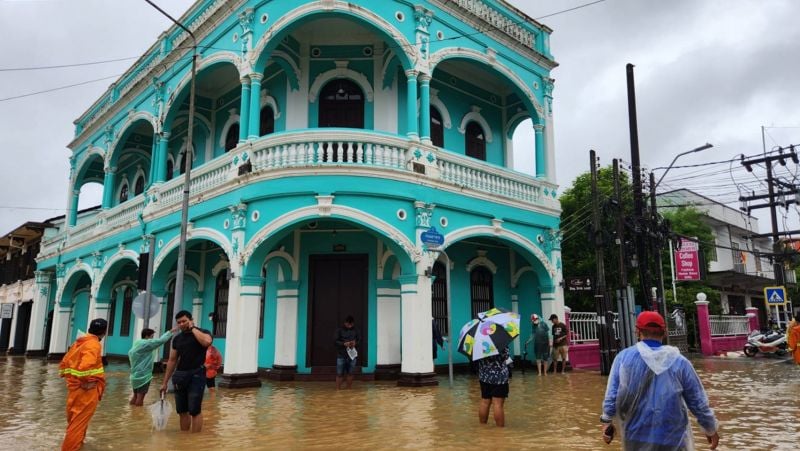 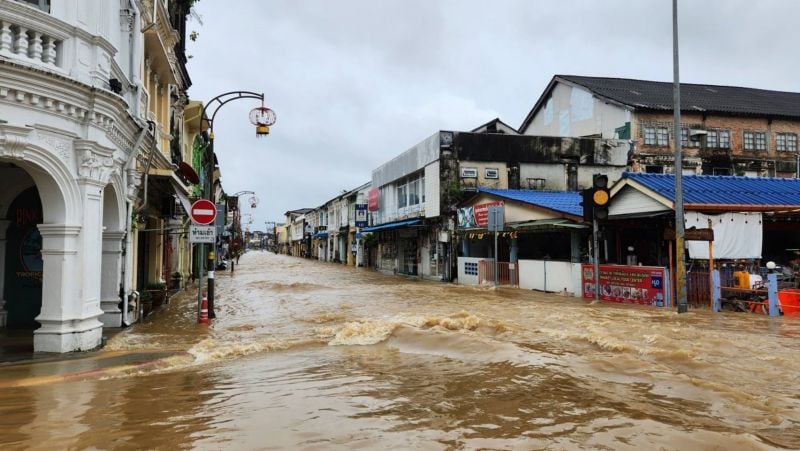 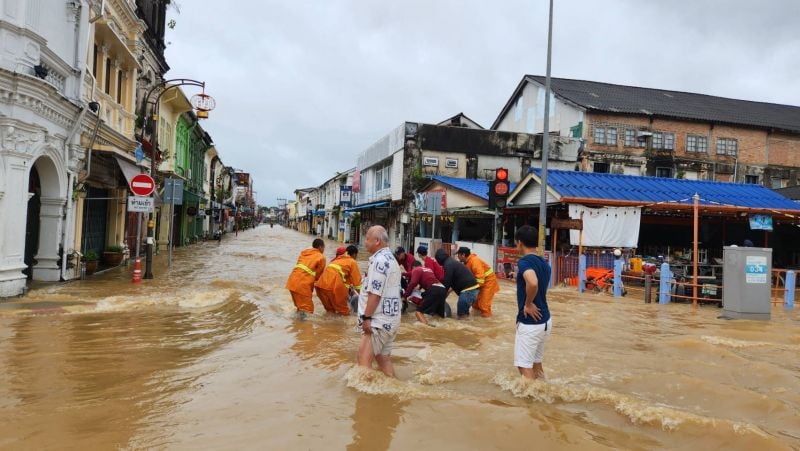 “For as long as I can remember, there has never been a flood in the Old Town area. Previously we have seen small floods where water has been waiting to make its way into the drains, but this is much more,” he said.

“We have seen a lot of rainfall over the past few days, Phuket Town is where water flows to from many surrounding areas,” he added.

Mr Somyot said the slow easing of the floodwaters in Phuket Town was also dependent on the current sea level, which he said had just passed a period at its highest.

“The situation is expected to improve, and now people from all sectors of the community are working together. Let’s hurry to pump water out of the area,” said Mr Somyot.

Mr Somyot urged people to take care of their lives and physical well-being as their top priority.

“If there is an emergency, people should contact Phuket Municipality, which can coordinate help in a variety of matters,” he said.

Phuket City Mayor Saroj Angkhanapilas said that a rescue centre had been set up throughout Phuket Town to provide shelter and assistance to those affected by the floods.

“If any local residents are in trouble in any matter, they can contact us for help. We can  coordinate directly with them and provide drinking water and food. If needed, more urgent assistance can be provided,” he said.

“As for the current water situation, we must admit that we still can’t manage the water levels in all areas, because there are many areas heavily affected,” Mayor Saroj said.

“I have to apologise to the people, our brothers and sisters, as well for the problems right now. There is still water flowing into the area in large quantities, mostly from continuous rainfall in nearby areas,” he continued.