PHUKET: Leading Phuket tourism figures and the Phuket Provincial Administrative Organisation (PPAO, or OrBorJor) today announced a series of campaigns hoped to ramp up the number of domestic tourists coming to the island as a way to support ailing businesses until international tourists return. 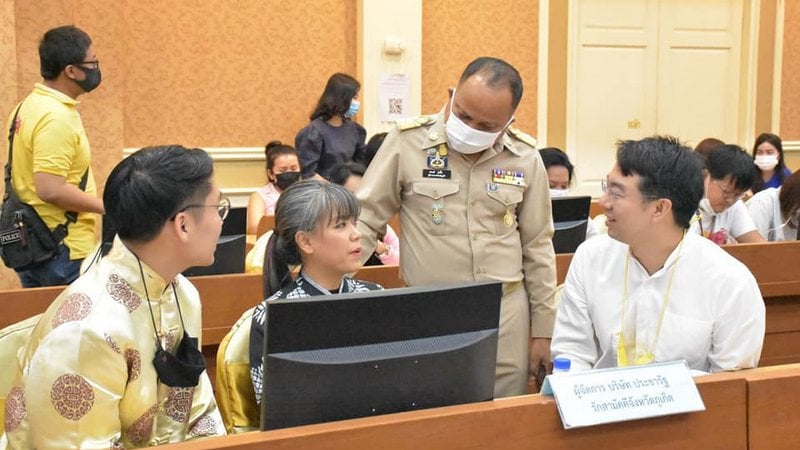 Mr Thanusak at the meeting today. 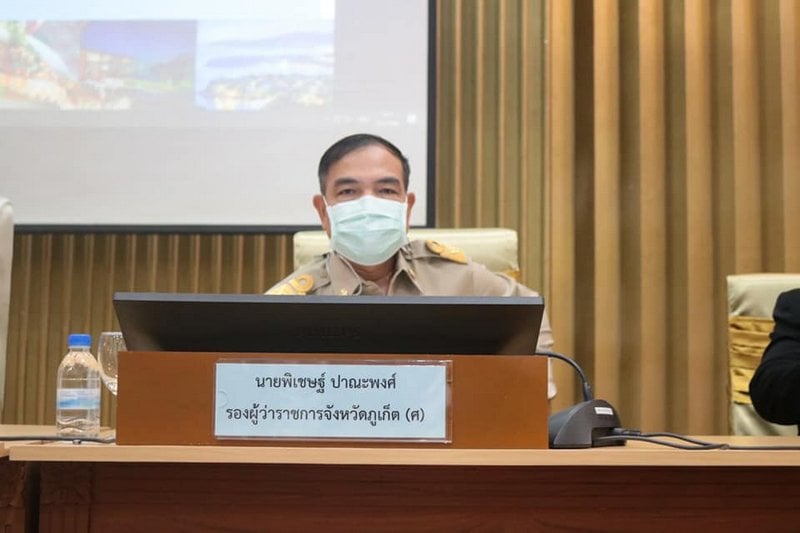 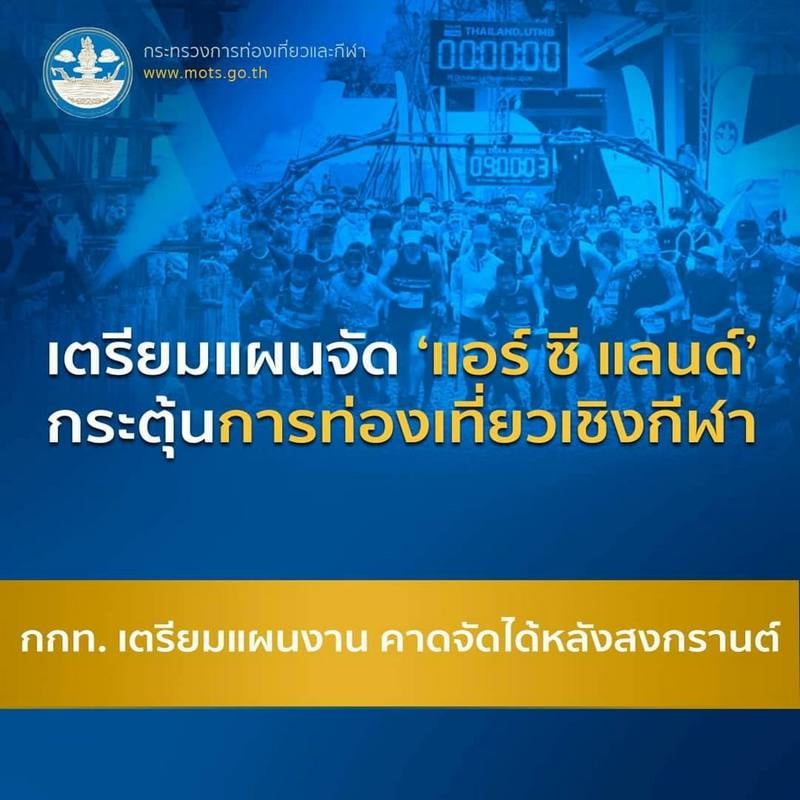 The slew of domestic tourism campaigns were announced at a meeting at Phuket Provincial Hall today (Feb 8), chaired by Phuket Governor Narong Woonciew.

Present to announce the campaigns was Anuphap Wetwanitsanong, currently serving as the PPAO’s Acting Deputy Director.

“We should expand our target areas for Thai tourists to focus on Southern Thailand, and there must be special pricing and services for foods, transportation and accommodation,” he said.

“Many hotels are now promoting their rooms with special prices to attract more visitors to Phuket. Most Thai tourists tend to travel in groups, so campaigns on stimulating tourism must be arranged wisely to target those groups of Thai visitors,.” he added.

“The PTA, working with the PPAO as the central coordinator, will create a platform with the purpose to revive Phuket’s economy and tourism industry and there will be a roadshow activity as well,” Mr Bhummikitti said.

Chernporn Karnjanasaya, President of the Federation of Phuket Industries noted that just the cost of travelling to Phuket was a key factor among Thais deciding whether or not to come to Phuket on holiday.

“For example, a campaign called ‘Phuket One Price’ should be set so that all businesses, both large and small, can gain benefit together,” Ms Chernporn added

“The campaign should be developed so that everyone can sell products at reasonable prices,” she added..

Thanusak Phuengdej, President of the Phuket Chamber of Commerce, said “The meeting today was to show that everyone agrees to work together to help restore the economy in the coming nine months.”

Mr Thanusak was among the high-powered delegation that on Jan 22 proposed to Governor Narong that international tourists be allowed to travel to Phuket from Oct 1. By that time 70% of the island’s residents are hoped to be vaccinated for COVID-19.

“The most important thing in Phuket is to organise campaigns so that customers are satisfied and the operators can stay in business during this COVID-19 crisis,” Mr Thanusak added.

“A campaign on travelling to local communities will promote arts and culture with its uniqueness, and strengthen the tourism industry by attracting other visitors to come to Phuket, which will be also good for locals to gain more income in their areas,” said Don Limnanthapisit, a representative from Old Phuket Town Community.

One representative from the Pracharath Rak Samakkee Social Enterprise (Thailand) Co Ltd, called for domestic tourism campaigns to be tailored to help promote local fresh produce for which the island is already renowned, such as the ‘Phuket pineapple’ and Phuket lobsters.

PPAO Acting Deputy Director Mr Anuphap said, “From listening to suggestions on the economic recovery of Phuket from various departments in both the short and long term, it can be seen that the economic recovery in the short term needs to focus on Thai people, such as those in the southern border provinces or a province from where people can easily drive to Phuket.”

“Business operators will have to create incentives and hold promotions at good prices for more Thai tourists to come to Phuket,” he said.

“The PPAO would like to be the central organisation to coordinate with the provinces and the TAT [Tourism Authority of Thailand],” Mr Anuphap noted.

“The PPAO can do it. We will come to help with our full support,” he added.

“As for the long-term economic recovery of Phuket, which needs foreign tourists, the Phuket Provincial Government and the PPAO President will coordinate further on vaccination issues,” he added.

“For today, it is a good starting point for us to spark our collaboration. After this, the ideas will be refined and crystallized so we can present them to the local government to drive further,” he added.

The announcement today follows the TAT Phuket office last week launching its “Phuket GreatTime #2” campaign, again offering visitors to heavily discounted package stays at hotels on the island and offering visitors to Phuket B500 vouchers to be spent at local stores and restaurants.

It also comes as the Phuket government promotes more local events and attractions, including the ‘Air Sea Land’ sports festival organised by the Ministry of Tourism & Sports, to be held in Phuket, Surat Thani and Krabi, as well as the return of the Patong Seafood Festival and the reopening of the popular Lard Yai Walking Street on Thalang Rd in Phuket Town this Sunday (Feb 14).