PHUKET: A 19-year-old student in Phuket has gone public to explain his hair falling out in clumps after he received his second injection of the Sinovac vaccine. 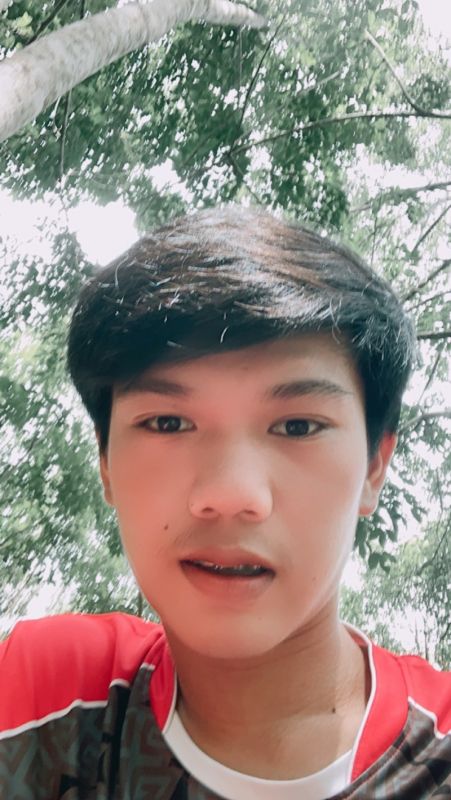 The diagnosis was confirmed by a doctor, Bodin Saeliang, a first-year vocational school student in Phuket, told reporters at his rented room in Chalong yesterday (Nov 17).

Mr Bodin explained that his family lives in Tambon Phru Nai, in Koh Yao District, Phang Nga, but he stays in Phuket to study.

He went back to his home province for his first and second COVID-19 vaccination injections because his home is there.

“The first dose of vaccination had no side effects, everything was normal. My hair was still black and shiny as before,” he said.

“About three days after the second vaccination, the hair on my head began to fall out in clumps. And when I woke up in the morning, a lot of hair had fallen out and was all over my pillow,” he added.

Mr Bodin went to see a doctor at a private clinic to determine what was causing the condition. “The doctor said it was side effects from the vaccine,” Mr Bodin said.

The vaccine had also reacted with his white blood cells, resulting in him being immunocompromised, Mr Bodin added.

“The doctor said it was similar to the disease that affected Winai Kraibutr [Thai actor from Krabi famed for his role in ‘Bang Rajan’,” Mr Bodin continued.

“Most importantly, the doctor said to be careful, try to avoid certain foods and get enough rest. From 5pm I must rest. I must get plenty of sleep, and not go to bed late at all,” he added.

“The reaction to the vaccine had impaired my immune system. Many germs could affect me at any time as the door was open for germs to enter my body, making any germs dangerous all the time while I am recovering from the vaccination injection,” Mr Bodin said.

Mr Bodin explained that he thought it was important for people to know his condition, as he did not know that there were any other people like him.

Mr Bodin is recovering, but his hair has not grown back and he now must wear a hat whenever he leaves the house.

“When I go to school, I wear a hat. At school, my friends understand that there is no problem, but when I walk into the mall, people are constantly staring. It can be embarrassing,” he said.