PHUKET: The delegation of representatives from the Bureau International des Expositions (BIE) were treated to tours in Phuket Town and local Phuket cuisine and a turtle-release at Nai Yang yesterday (July 28) as part of their inspection of the island to assess whether Phuket should be selected to host the World Specialised Expo 2028.

healthtourism
By The Phuket News 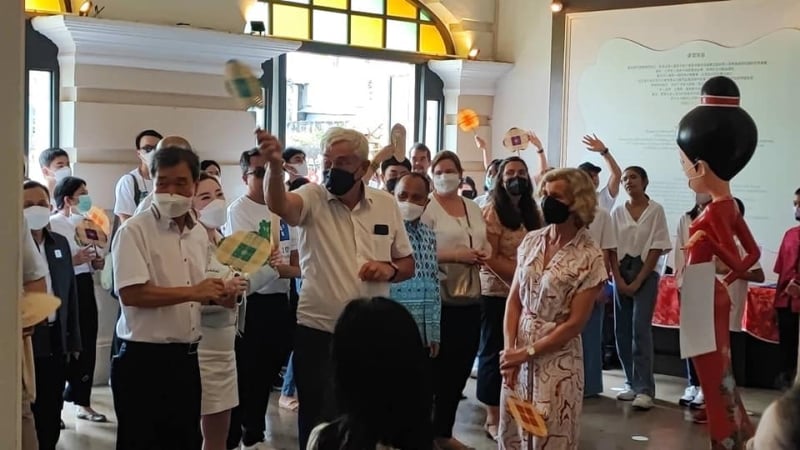 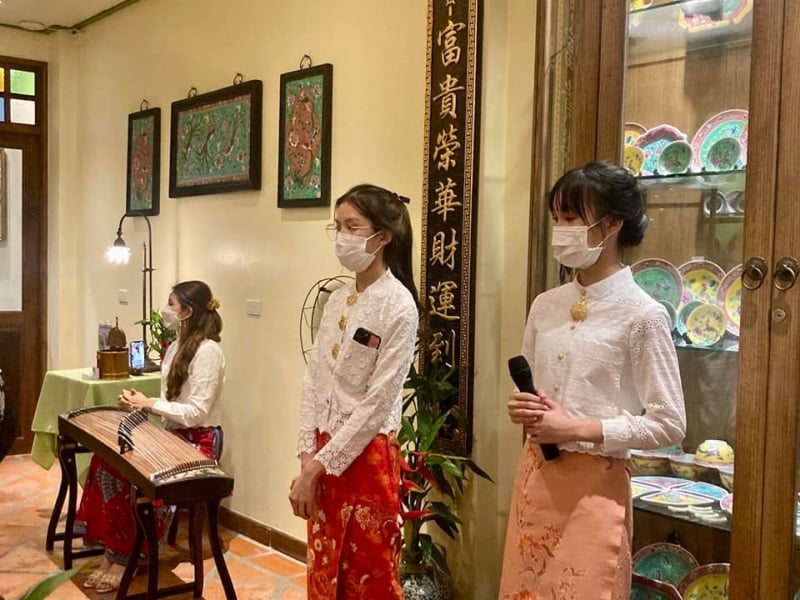 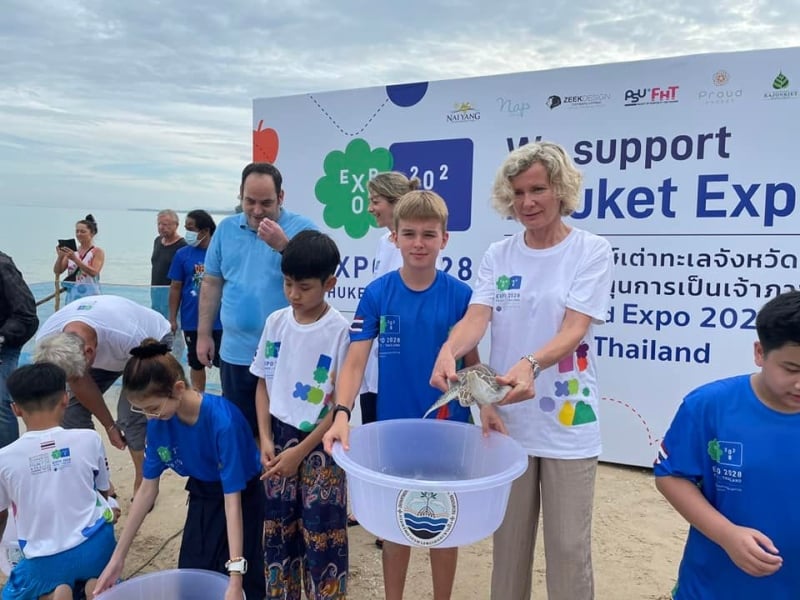 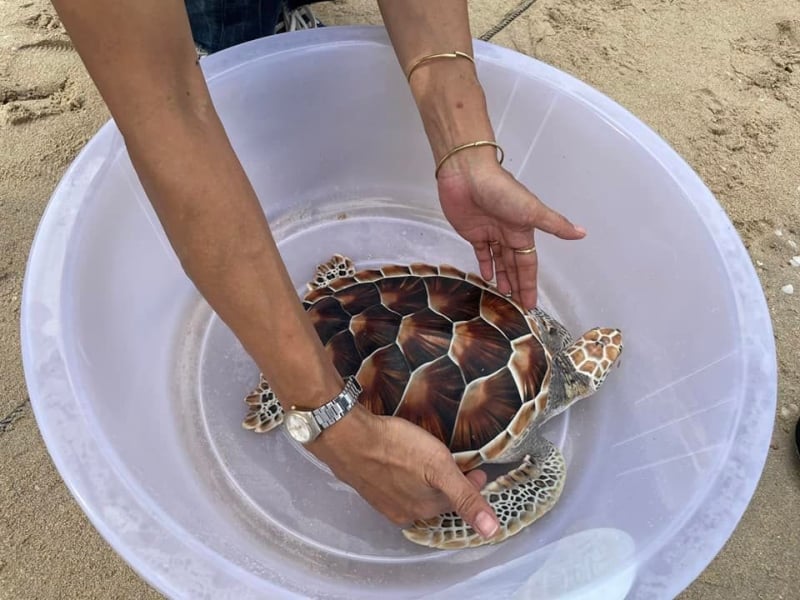 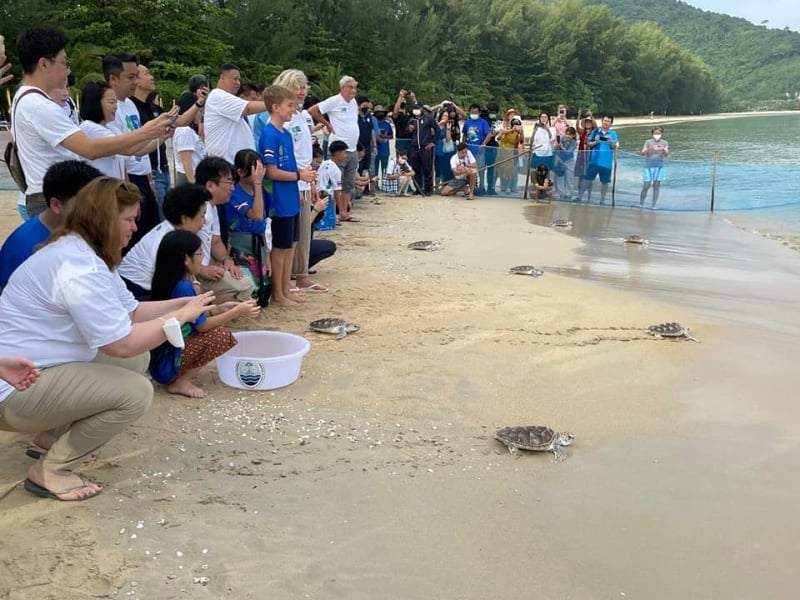 In Phuket Town, the 10-member delegation arrived at the Phuket Thai Hua Museum to be welcomed by selected Phuket youth ambassadors and a singing performance focussed on “healing the world” and how people can “help each other to build a better future for the happiness of everyone in the world”. The young ambassadors also performed their rendition of the jazz song ‘Oh I say’ composed by King Bhumibol The Great (Rama IX).

The delegation was then divided into three groups and taken on escorted tours of the Phuket Old Town area to see the local art and culture and sample local Phuket food.

At Nai Yang Beach yesterday afternoon, BIE representatives joined a turtle release that was marked as also being held as part of the celebrations to commemorate the 70th birthday of His Majesty King Maha Vajiralongkorn Bodindradebayavarangkun yesterday (July 28).

The “Giving back to the turtles nature activity” was explained to the BIR members by more selected young ambassadors as highlighting the importance of conservation of endangered sea turtle species in Phuket.

Each BIE representative released a turtle, and was accompanied by a member of the ‘Young Ambassadors’ to ensure that the 20 turtles released were handled properly.

At an official welcome reception at The Slate yesterday, Chiruit Isarangkun Na Ayudhya, Director of the Thailand Convention and Exhibition Bureau (TCEB), explained that Thailand’s bid for Phuket to host Expo 2028 was under the theme "Future of Life: Living in Harmony, Sharing Prosperity" and was aimed at developing Thailand to become a comprehensive health destination.

“If Phuket receives the right to host the expo, it will be the first city in ASEAN to host a global expo,” he said.

The event is expected to attract up to 7 million visitors from countries around the world, generating approximately B50 billion in income during the event, he added.

“It is also an opportunity to develop the infrastructure of Phuket and improve the quality of life of people in the area,” he said.

“[The Expo] is expected to increase the value of the country’s gross domestic product, GDP, by B39.357bn and create more than 110,000 jobs. The government expects income from tax collection of B9.512bn. Overall, the return on investment ( ROI) is as high as nine times,” he added.

“Most importantly, it will create an image and emphasise the reputation of Thailand and Phuket as a world-class travel destination and promote the image of potential health tourism. Therefore, I would like to ask the Thai people to join together to support Phuket being chosen to host this event,” Mr Chiruit said.

The BIE will conduct another inspection in November, Mr Chiruit added.

“After this, BIE will officially announce the selection of the host country in June 2023,” he said.

Phuket Governor Narong Woonciew said support for Phuket to host the expo was wide ranging, from local people to private industry to government agencies all working together to support the bid.

“The heart of the event is to use the development area [of 141 rai in Mai Khao] to become a comprehensive health centre to present Phuket as a world leading wellness destination,” he said.

“If Phuket is chosen as the host, in addition to the economic benefits of tens of billions of baht to come to Phuket, it is also an opportunity to accelerate infrastructure development and increase the island’s capacity to host international events,” he added.

“The government has a project to upgrade Phuket’s economy with a comprehensive health tourism industry to become a world-class medical destination, and doing so requires developing various aspects of city management to enhance the quality of life of the people of Phuket and nearby areas,” Governor Narong said.

“The infrastructure development for Expo 2028 Phuket, Thailand will help expedite development plans that are beneficial to people in Phuket and nearby.

“After the event, the building will be used as an international medical and health centre, as a premium rejuvenation international convention centre and a Health and Therapeutic Park, an ecological learning resource centre and provide areas for physical and mental health of the people. The Cabinet has already approved a budget of B4.18bn for the project,” he said.

"We have received very high level presentations. We have seen a project that is of immense high importance to Phuket. A project that was born out of something that was already conceived even before the idea of an expo arrived in the minds of the people of Phuket. I think that is very important,” Mr Kerkentzes said.

"We also have a theme that will become more and more important, and especially over the past three years that has really become the issue that the world is now looking at.

"I can only say positive things in how well the presentations were done, how good the answers were that we received. Any doubts that we had I believe have been dissuaded,” he added.

"There is still a lot of work in front of us for the enquiry mission to put together the final details of this report to submit it to the Executive Committee in October, before any final approval can come during the general assembly in November,” Mr Kerkentzes noted.

"There is still a long road to go... As you know you have four other competitors for this competition. It’s a long road, but I believe you have made an excellent start," he said.