PHUKET: Phuket Rajabhat University this week launched its “Lad Wor-Kor” market to offer traders unable to secure stall pitches sites at other markets a chance to sell their wares. 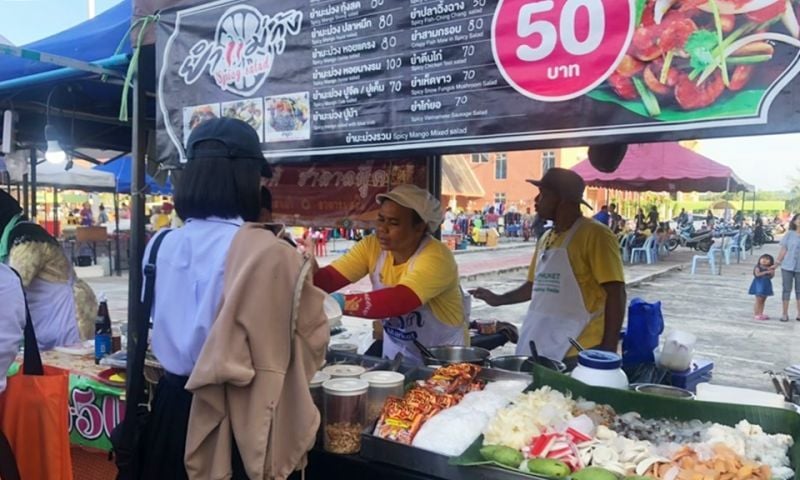 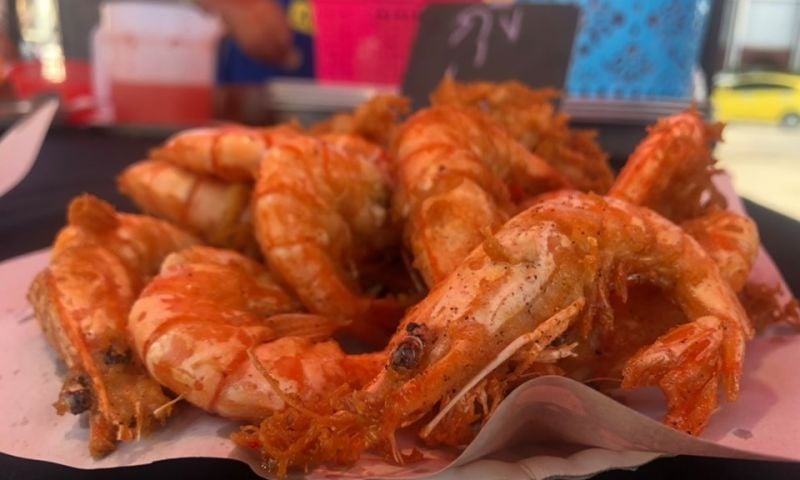 The market, featuring food and drinks, clothes, desserts, knickknacks, among other things, is open every Monday from 4pm -9pm.

Joining the festive occasion were administrative staff, lecturers, students, market traders and a healthy cross-section of the general public.

Market manager Areena Khajonkiat explained that she had been thinking of creating a market based on her experience of selling products at markets for six years.

“I know how hard it is being a market vendor. It’s really difficult to sell things at a market. Even if you have enough money to rent a stall, you still have to come to reserve a stall early in the morning, otherwise there may be no stall available for you to rent,” she said.

“That’s why this market was created, so that vendors don’t need to fight for a stall to sell their stuff like at other markets,” she added.

Ms Areena pointed out that she had the opportunity to sell her products in the Cultural Center at the university, without having to pay any stall rent fee.

“While selling and seeing student’s activities, I thought that it could be a good idea for people who live around the university to sell their products and do activities together.

“The market can also be a place where university students can showcase their works and talents.,” Ms Areena said.

Explaining the name “Lad WorKor” Ms Areena pointed out that local people had called the university “WorKor” for ages.

The university was once called Wittayalai Kru Phuket, or “Phuket Teachers College”, leading to local residents simply referring to the campus as “WorKor” for short.

The nickname became so commonly used that the main intersection on Thepkrasattri Rd nearby has been for decades unofficially called the “WorKor Intersection”.

At first, she wanted to name the market “Talad WorKor”, but a well-known monk told her to use the only word “Lad” as appears in both talad (market) and chalad (smart) in Thai language.

The market on Monday exuded a festive atmosphere, bustling with lots of teachers, students and local residents enjoying the shopping and the food and drinks on offer.

Getting to the market is easy, and visitors may park in the campus car park. (See map below.)