cultureChinesetourism
By The Phuket News 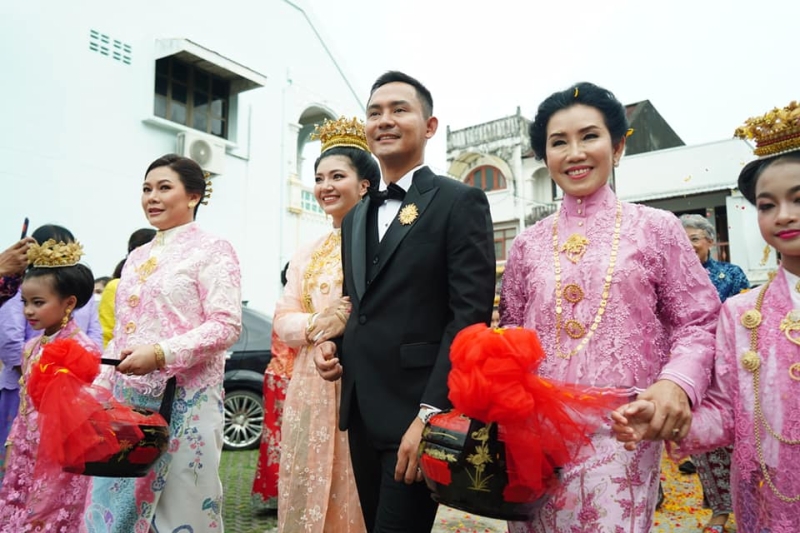 Despite heavy rains across the northern half of the island, the celebrants were blessed with no thundershowers as they completed the traditional parade through the streets of the Phuket Old Town area.

Mr Itthiphol highlighted the “Wedding Baba Phuket” festival, as it has been branded this year, as a clear example of Thailand’s “soft power” in attracting tourists and promoting Thai culture to the world.

The Wedding Baba Phuket festival is one of the 16 festivals and cultural events throughout Thailand that the Ministry of Culture directly supports, Mr Itthiphol said.

“It is an outstanding example of Thailand’s soft power in the theme of the Sino-Portuguese architecture of the buildings and the local food and beautiful traditional costumes that are unique to Phuket,” he said.